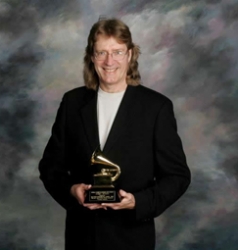 Temecula, CA, February 18, 2013 --(PR.com)-- Grammy Award Winning acoustic guitarist and recording artist, Doug Smith will be giving his only appearance in Southern California for 2013 on February 23rd from 8:30pm – 11:30pm at Cellarz93 RestaurantWinehouse in Temecula.

“When performing on stage I’m removed from my audience and don’t get to really interact with them directly, so I’m excited about playing at Cellarz93 because their music lounge offers an intimate up close and personal musical experience with its custom acoustics and living room like seating,” says Smith.

Doug’s original music has been heard on radio and television throughout the world, including True Hollywood Story and Martha Stewart Living, and his playing has been heard in major motion pictures such as “Twister,” “Moll Flanders” and “August Rush.”

Event Schedule is as follows:

At Cellarz93, food is an art form designed to stimulate all the senses through flavor, aroma, texture and presentation. Whether you dine in the restaurant, al fresco on the patio, or in the Piano Bar and Music Lounge while enjoying live entertainment, you will always be assured that the entree you're savoring will entice your palate and delight your guests.