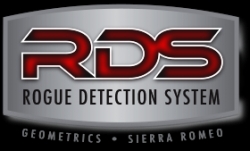 The Rogue Detection System (RDS) relies on field proven high sensitivity magnetic sensing equipment that has been deployed in military situations to interdict person-borne IED’s. The system is deployed in common public containers such as road blocks or flower pots to be unobtrusive and undetectable from those being scanned. IED’s most commonly contain ball bearings, nails, or other iron objects which cannot be shielded from the detection mechanism. Weapons in general contain ferrous material which cannot be shielded. Adjustable threshold settings allow such items as keys or cell phones to pass the detection area without alarm while weapons set alarm conditions. A wireless sensor option is available.