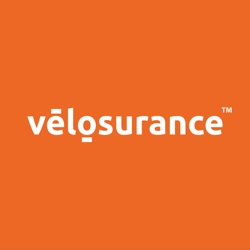 Fort Lauderdale, FL, December 10, 2013 --(PR.com)-- E-bikes, bicycles with power assist provided by an electric motor, are rapidly gaining popularity as an alternative method of transportation in metropolitan areas. Until recently, e-bike riders were not covered by insurance. Velosurance, a Fort Lauderdale, FL based insurance agency that launched a bicycle-specific insurance policy in 2012 has now extended this policy to cover electric-assisted bicycles.

Already popular in Europe, e-bikes got a bump in popularity in the U.S. when the Fed extended the $2,500 tax break previously applied only to Electric Vehicles (EVs) to electric bicycles and motorcycles. The goal of the bill is to create and maintain U.S. jobs by encouraging growth of American manufacturers like BRD and Zero through consumer incentives.

Recognizing adoption growth in the usage of electric-assist bicycles, Velosurance partnered with an A-rated U.S. insurance company to offer an e-bike insurance policy with one goal in mind – to allow clients to create insurance policies that would protect the bicycles they ride. It could not come at a better time.

From afar, electric-assist bicycles look like normal bikes but on closer inspection one will notice a battery pack that is usually integrated into frame. Should the rider need a little help climbing a hill, additional power is available at the push of a button. The electric motor allows the rider to cruise at 20 mph with minimal effort and on an average up to 30 miles before recharging. Unlike EV’s, electric-assist bicycles charge quickly from a normal household outlet.

The e-bike revolution has already taken place in Europe: a vast majority of bike shops in Western Europe carry at least one model of electric bike and a number of US-based manufacturers are releasing e-bikes built for a wide variety of uses. Most notably, Specialized bicycle company released the Specialized Turbo, a high-end e-bike fit for urban assault with a 250 watt motor that can hits speeds as high 27 mph. Other major bike manufacturers such as a Felt and Niner are following suit. Trek Bicycles has 3 e-bikes in their 2013 lineup.

“There are over 15 million bicycles sold each year in the U.S., of which 4 million bicycles are of higher value and sold through specialty bicycle shops. Electric-assist bicycles are readily available at bicycle retail shops and the popularity of electric-assist bicycles is becoming a booming segment of the bicycle industry," said Dave Williams, CEO and co-founder of Velosurance. "A good quality entry-level e-bike costs upwards of $1,000 and an average value of $3,000, with high-end e-bicycles costing as much as $12,000. Until Velosurance, cyclists had very limited options to protect their bicycles with adequate insurance coverage.”

Each policy is customized by the client and can include coverage protection on the e-bike for damage caused by theft, crash, collision, fire, attempted theft, vandalism or hitting another object. In addition, coverage of spare parts, cycle apparel, and rental reimbursement are included at no additional cost.

Optional coverage includes: Liability coverage to cover the rider in case of injuries or property damage caused by the insured cyclist; Medical Payments to cover medical costs of the policyholder associated with a cycling accident; and Vehicle Contact Protection for medical costs associated with accidents caused by an automobile. Additionally, Roadside Assistance is available, providing the cyclist a service vehicle ride of up to 35 miles.

Williams added, "In most cases, homeowner or renter’s insurance will not cover e-bikes for theft, damage, or liability because the bike has a motor and auto insurance companies will not offer e-bike insurance because e-bikes are not required to be registered, and e-bike riders do not need to be licensed. This is where Velosurance steps in with a stand-alone e-bike insurance policy that insures e-bikes with power assist up to 750 watts, and covers just about anything that can happen."

To enhance their e-bike policy service, "Velosurance Bicycle Insurance" partnered with local bicycle shops nationwide to provide repair or replacement services to Velosurance policy holders. According to Williams, “No matter where our client is riding, there will be a Velosurance Trusted Partner bicycle shop nearby.”

E-bike policies start at $100 per year and offer a variety of coverage levels and deductible options. Bicycle insurance quote can be requested at velosurance.com or by phone at 888-663-9948.