Metal All Stars announced today that the legendary Vince Neil of Motley Crue will be a very special guest of its 2014 European Tour which will have stops in Bulgaria, Romania, Poland, Sweden, Finland, Latvia and Russia. The line up also features current and former members of Pantera, Anthrax, Megadeth, Ozzy Osbourne, Shinedown, Manowar, Sepultura, Shadows Fall and more. 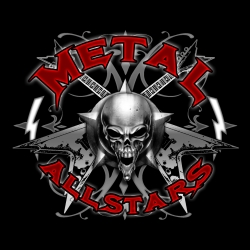 Los Angeles, CA, December 23, 2013 --(PR.com)-- There have been quite a few unmistakable characters that heavy metal has given us over the years. And in early 2014, an impressive amount of these renowned names will unite as the Metal All Stars, for a one-of-a-kind tour.

In addition, the Metal All Stars have announced that the legendary Vince Neil of Mötley Crüe will be a special guest on some shows of the 2014 European tour.

And as the organizers point out, “Please be assured that we still have other artists to announce and will do so as soon as reasonably possible as well as more dates!”

Current confirmed dates run from March 23rd to April 9th, 2014, including Bulgaria, Romania, Poland, Sweden, Latvia, Finland, and Russia, and will feature sets that include renditions of all the performing artists’ respective classics.

In addition to hearing an evening of metal classics being performed in different once in a life time line-up configurations, the performances will be benefiting a great cause, as auctions will take place at the concerts to benefit Ride for Dime Inc., an organization that raises funds for such charities as Little Kids Rock, Toys For Tots, IAVA, and many more.

The Metal All Stars was put together by Kendra Helms Media and Gabe Reed Productions as a way to give the world’s metal fans an opportunity to see metal legends in one blockbuster show. As Gabe Reed commented “as a metal fan, this is the show that I always wanted to see – 2 plus hours of legendary metal!” Gabe Reed Productions is a global production and touring company, that has organized international stadium shows/tours for powerhouse artists including KISS, Mötley Crüe, Guns N’ Roses, and Rock N Roll All Stars that featured Gene Simmons of KISS, along with members of Guns N’ Roses, Def Leppard, Deep Purple, Alice in Chains and more, and was featured on the season finale of the highly successful television show ‘Gene Simmons Family Jewels.’

And the participating artists seem to be looking forward to the Metal All Stars tour as much as the fans are. As Joey Belladonna has stated, “I can’t wait to rock Europe with all of these metal legends! It’s going to be insane and a once in a lifetime opportunity for the fans!” Additionally, Brian Fair pointed out, “Tons of great artists, great singers, musicians – it’s going to be a killer time and a killer party. Some one-of-a-kind events, see you soon!”

It’s not often that such a stellar cast is assembled for one tour, and sharing one stage. Soon, lucky European headbangers will get a chance to get a mega-dose of metal on a single night, with the upcoming 2014 Metal All Stars tour.