The study by Datalicious of more than 700 million media touch points examined each of the advertising channels consumers "touched" – a method known as "multi-touch attribution." According to the CEO of Datalicious, Christian Bartens, display advertising is undervalued in most current models, which has led to ineffective media budget allocation over the years. Accurate attribution results from the study demonstrate that display and Facebook ads should be credited for 830% more revenue on average. 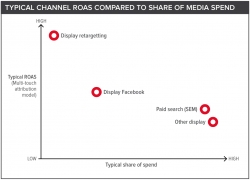 It’s time for marketers to mix-up their love affair with search advertising when allocating media budgets, according to ground-breaking research released today.

The study by Datalicious of more than 700 million media touch points examined each of the advertising channels consumers ‘touched’ – a method known as ‘multi-touch attribution’. Their framework challenges the commonly used ‘last-click attribution’ approach that gives all credit to the last campaign touch point in the purchase path.

According to the CEO of Datalicious, Christian Bartens, display advertising is undervalued in most current models, which has led to ineffective media budget allocation over the years. Accurate attribution results from the study demonstrate that display and Facebook ads should be credited for 830% more revenue on average than previously thought.

“This is the largest study of its kind and shows that a better understanding of what prompts people to buy is vital in driving improved return on advertising spend (ROAS) and can even create a long-term advantage over competitors.

“For many brands, taking a better look at their ROAS by embracing a multi-touch attribution method will see a radical shift in the way they spend their money,” said Bartens.

Datalicious found that Facebook advertising in particular still holds significant growth potential compared to other more established channels as it provides a high average ROAS yet comparatively does not receive a lot of media spend.

“In the end it is all about achieving the right channel mix,” said Bartens, “and multi-touch attribution helps to identify the roles that different channels play in the path to purchase which is invaluable in developing an efficient, scalable and profitable digital media strategy. While search is efficient in capturing demand it is not necessarily generating it, whereas display advertising is a powerful tool to build awareness, consideration and purchase intent.”

Gai Le Roy, Director of Research at the IAB in Australia said: “It is fabulous to see advertisers increasing their sophistication in reviewing the effectiveness of their media spend. A recent study conducted by IAB Australia indicated that only a quarter of buyers are using multi-touch attribution analysis and still put way too much weight on last click or clicks overall. This study shows a positive impact across the variety of digital ad channels that were used and will help marketers to start optimising campaigns based on creative exposure as well as any direct interaction.”

For the full report, including a breakdown of the recommended optimal media mix to maximise return on ad spend, go to data.li/mastudy.

Notes to editors:
This research study was commissioned by Facebook, however all areas of the study were ultimately designed, managed and delivered by Datalicious. The research is based on a sample size of 702 million media touch points across 104 million purchase paths and 75 thousand conversions across five months and seven brands (Suncorp, AAMI, APIA, BUPA, Aussie, St George and GE Money), which makes it the biggest study of its kind to date.

About Datalicious:
Datalicious is a full service analytics agency providing client focused solutions designed to scale with any organisation. From our beginnings as an Australian web analytics consultancy, Datalicious has expanded into a global 360 analytics specialist that provides a wide range of products and services to help our clients achieve smart data driven marketing best practice. Datalicious is part of the Veda Group (ASX:VED).

The information in this release is a summary of some of the findings of Datalicious’ study and is presented subject to the detailed terms of reference, inputs and results of that study. It does not constitute and cannot be relied on as professional or other advice or as an indication of actual or future ROAS. To the extent permitted by law, Datalicious excludes all liability arising out of reliance on information in this release.
Contact
Datalicious
Christian Bartens
+61 423 051 166
www.datalicious.com 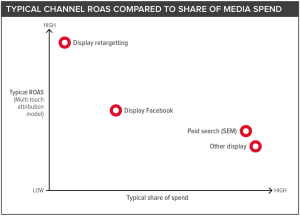 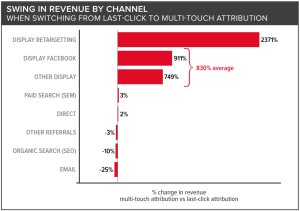