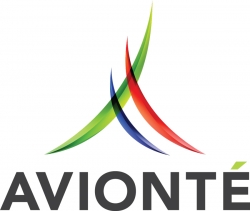 Eagan, MN, June 24, 2015 --(PR.com)-- Avionté, a staffing software provider based in Eagan, MN, has placed on two local lists that recognize this year’s top workplaces in Minnesota. The company was named a 2015 National Standard by the Star Tribune and one of Minnesota’s 100 Best Companies to Work For by the Minnesota Business Magazine in March of this year.

Avionté, which provides recruiting and staffing software to the human resources industry, has been recognized by these publications a total of six times in the past four years. The publications select their top companies based on feedback received from an anonymous survey sent to all employees, which asks questions related to work environment, benefits, well-being and more.

Avionté now employs 103 employees at its Eagan office, which has, among other things, an innovation room, a ping-pong lounge, VariDesk stations, a café-style break room, and weekly Beer Fridays. The company rewards employees for hard work through company events, sports tickets, and more. Avionté hosts game nights, volunteer activities, and other events on a frequent basis to promote employee bonding and create work-life balance.

“I think it’s important for business leaders to recognize that the people they employ are the faces of their company, and that the happiness of those employees directly impacts the experience of the company’s customer base,” said John Long, CEO of Avionté. “Employee and customer satisfaction has been a central focus at Avionté from the very beginning, and I am confident it has been a leading reason for our company’s success as a software provider to the staffing industry.”

Avionté provides staffing software to nearly 10,000 users and is approaching its 10-year anniversary this November. With a year-over-year user retention rate of 99 percent, the company has maintained its reputation in the industry as a company that constantly innovates and builds upon its staffing industry software platform based on client feedback and the needs of Avionté’s end users.

Since 2013, Avionté has increased its investment in R&D by nearly 73 percent and added nearly 50 percent more staff to the company’s development team. Development deploys a minimum of two major releases each year, which have included key mobile and ACA compliance functionality and integrations with several leading third party vendors. The team’s most recent endeavor, a product termed “Project AERO” that will cater to the industry’s direct hire and professional staffing markets, will be revealed at this year’s ASA Staffing World event in Nashville this October.