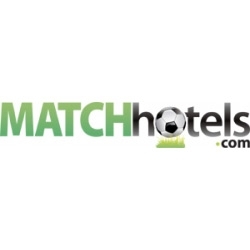 Rugby Union teams and stadiums from the Guinness Premiership, Magners Celtic League and French Top 14 together with Rugby League teams from the Engage Super League have been added to the site. All national stadiums for Six Nations teams England, Ireland, Scotland, Wales, France and Italy have also been included.

The Six Nations tournament kicks off on Saturday 2nd February through to Sat 15th March. The extensive MATCHhotels.com coverage of the key rugby grounds makes it the most comprehensive map based rugby hotels reservation site on the Internet.

Fans can check match day availability and see available accommodation on a map with precise distance information to the rugby stadium. Accommodation is listed with prices from each of the seven travel web sites searched, allowing fans to compare prices and book cheap hotels online in minutes.