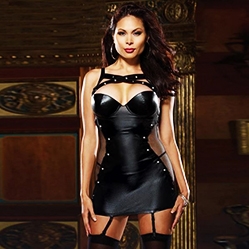 Hollywood, CA, February 10, 2017 --(PR.com)-- Decades ago any public discussion related to men and women's sex lives was considered very "taboo" and "socially inappropriate." In the 21st century, the media and the general public's reaction to sex talk has become far more free-spirited. That said, discussions about extremely kinky sex and unconventional sexual fetishes and practices border on still being perceived as "taboo" by many prudish factions in society.

- "Dom," "Top," "Master," or "Mistress": This is a man or woman who takes on the role of the erotically dominant partner in a sexual relationship 99.9% of the time;