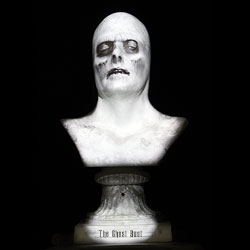 Gold River, CA, October 05, 2017 --(PR.com)-- An old traditional folk song is rising from the dead and being given new life as the basis for a very creepy and unique Halloween prop. Northern California-based “creature creators” Night Frights™ have produced a chilling and dark new recording of “House of the Rising Sun,” a song that reached the top of the charts in the mid-1960’s. The song’s origins are believed by some to go back to 17th century England or even earlier, with the house of ill repute’s location changing as the tune migrated to early America’s southern states. Night Frights owner, Mike Fox, who is also a composer and audio producer, gave the song a modern rock edge and a few new dark and dreary lyrics and incorporated it into a new release for Night Frights’ high-tech Halloween prop known as the Ghost Bust™. (See it in action here: nightfrights.com/house-rising-sun.)

Many people are familiar with the 1964 version of the song recorded by British rockers “The Animals,” but Fox, states, "The lyrics of the song are actually more haunting than one might think. I wanted to emphasize the ominous undertones that were buried there, and have it be performed by a zombie-like character for the Ghost Bust." (Night Frights popular “3-D Projection Effects” Halloween Prop).

The Ghost Bust uses a discrete ceiling-mounted projector to project an elaborate spooky performance onto a specially formulated bust, mapping the video’s facial characteristics to exactly match the sculpted face of the statue. This creates an eerily realistic 3-D effect that makes the Ghost Bust a visually captivating effect.

This is the 13th routine produced for the Ghost Bust, with its library of videos ranging from startling and creepy to more fun and family-friendly fare.

Night Frights is also the creator of the popular Scary Mary Mirror™, which recreates the Bloody Mary in the Mirror folktale in a Halloween prop that is not for the faint of heart.

Night Frights will continue shipping Ghost Busts and Scary Mary Mirrors through October 30th, or until this year’s inventory is depleted.

About Night Frights: NightFrights.com has been blending creative applications of video technology with compelling storytelling and on-camera performances to create visually stunning effects for amusement parks, professional haunted attractions, and ambitious home haunts. Winner of Haunt World’s “Best New Halloween Prop” award upon its release, Night Frights adds to its growing library of characters and routines every year with the goal of bringing a sense of awe and fun back to Halloween.