Leona W. Ayers, M.D. Acknowledged as a Most Influential Business Professional by Strathmore's Who's Who Worldwide Publication 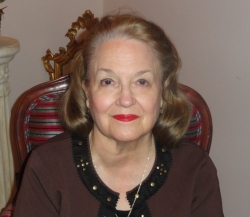 Dublin, OH, June 02, 2018 --(PR.com)-- Leona W. Ayers, M.D. of Dublin, Ohio has been acknowledged as a Most Influential Business Professional for 2018 by Strathmore’s Who’s Who Worldwide for her outstanding achievements and high level of success for over 40 years in the fields of education and medical research.

About Leona W. Ayers, M.D.
Dr. Leona W. Ayers, M.D. is currently an Academy Professor of the Emeritus Academy at The Ohio State University in the Department of Pathology, College of Medicine, in Columbus, Ohio. She stepped down from her full tenured Professorship to join the Emeritus Academy in 2015. She holds a Certificate of Qualification from the American Board of Pathology in Clinical and Anatomical Pathology and has special expertise in infectious diseases pathology and research interests in HIV/AIDS related malignancies. Dr. Ayers taught Pathology to medical students, pathology interns and residents, and medical technology students. While part of the Graduate School faculty, she directed 26 graduate and professional students.

In addition to being an esteemed member of the medical staff of the Wexner Medical Center, Dr. Ayers is part of the consulting medical staff at The James Cancer Hospital and Solove Research Center where she has held various directorships and practiced pathology in the areas of Clinical Pathology, Medical Microbiology and Infection Control. She currently holds medical staff privilege as a “Physician Scholar.” She is a member of The Ohio State University Comprehensive Cancer Center and has been honored as an Outstanding Microbiologist in 1982, awarded the Earline Kutscher Memorial Lectureship in 1991, selected as Foundation Lecturer for the National Foundation for Microbiology Lectures Program for 1998-2000 and was elected to the OSU Emeritus Academy in 2014. She was recognized on the Reuters Billboard in Times Square in New York City and has been a guest on a recent Podcast.

Dr. Ayers has been funded by National Cancer Institute grants for the last 24 years. These grants were given to support her research interests and HIV/AIDS related cancer diagnosis capacity building in the U.S., sub-Saharan Africa and India. As a Principle Investigator of the NCI MR AIDS and Cancer Specimen Resource, she organized and implemented the Sub-Saharan Africa Lymphoma Consortium with pathologist participants from East Africa (Uganda, Kenya), West Africa (Nigeria), South Africa (Johannesburg, Cape Town) and Europe. Dr. Ayers served as a leader in the first workshop in India on Research Methodologies for the study of HIV/AIDS associated malignancies. She has held memberships and served on the College of American Pathologist, American Association of Clinical Pathologists, International Society Biological and Environmental Repositories and the United States and Canadian Academy of Pathology.

Throughout her outstanding career, Dr. Ayers has been an invited speaker for 256 presentations at regional, national and international meetings and workshops, presented or published with colleagues 226 abstracts/posters at national and international meetings, 110 peer-reviewed Journal articles and 14 book chapters. Some of her publications prepared with her esteemed colleagues include:

"Evaluating the Causal Link Between Malaria Infection and Endemic Burkitt Lymphoma in Northern Uganda: A Mendelian Randomization Study," EBioMedicine in press on 10/3/2017

“A review of the Pattern of AIDS Defining, HIV Associated Neoplasms and Premalignant Lesions Diagnosed from 2000-2011 at Kenyatta National Hospital Kenya,” Infect Agent Cancer 10 28 on 1/1/2015

“MicroRNA-31 Predicts the Presence of Lymph Node Metastases and Survival in Patients with Lung Adenocarcinoma,” Clin Cancer Res 19 5423-33 on 10/1/2013