Dramatic stories of Paris told through the photographs of local resident & photographer, Bob Friday. Opening Reception in the Michelle Danner Studio Gallery at the Edgemar Center for the Arts on Main Street, Santa Monica, Saturday September 15th, 2018 from 5-8PM.

Santa Monica, CA, September 11, 2018 --(PR.com)-- Santa Monica-based photographer Bob Friday will debut a major exhibition of his most recent Parisian photographic works in the Michelle Danner Studio Gallery at The Edgemar Center for the Arts, 2437 Main Street in Santa Monica. The opening reception is Saturday, September 15th, 2018 from 5–8PM and is open to the public.

“Paris Scenes: Paris Stories, as told by the photographs of Bob Friday” captures the City of Light as reflected in its arts and artists, its history and culture, the architecture and environment, the status quo and the challenges of change. While on the surface, Paris is still the Paris of postcards and travelogues, much is in transition, reflecting global geopolitical movements as well as generational impatience. But at its heart, Paris still beckons us to revel in and embrace its many charms and the indomitable joie de vie of its people – and that is the focus of Friday’s “Paris Scenes” exhibit. The images were taken during a 2016 Paris residency of 73 days and several month-long stays at the end of 2016 and 2017.

Bob Friday grew up in Pittsburgh, PA with a Kodak Instamatic in his hands from an early age. After graduating from the University of Pittsburgh he moved to Chicago and got his first real cameras. Within a year he had put together a traveling multimedia show that used his projected images to visually interpret the music that he himself performed live for over 300 college concerts and as the opener for a number of major performers. He continued his photo pursuits after moving back to Pittsburgh as Executive Producer for Broadcast and Special Projects at a division of Y&R Advertising and then as the creative director for his own corporate communications production company based here in Los Angeles. In 2004 he took his marketing skills and his cameras to a new career – real estate – and became a Director with Bulldog Realtors, the premiere boutique real estate agency in Venice. Throughout his lifelong journey, photography has been a constant. His images have been seen in the ad and PR projects of many corporate clients and published in journals and magazines worldwide. This show contains Friday’s classic iconic images as well as a number of new ones. A 40-page book of the show’s highlights will be available at the opening reception. 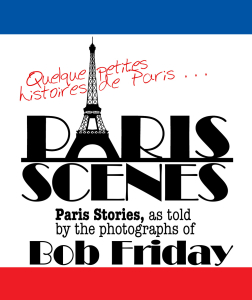 Theme graphic for the photographic exhibit