New Discovery of an Effective Agent Fighting for the Removal of Oil Spills from the Water's Surface by Dr. Peng Cheng from Oasis Publishers 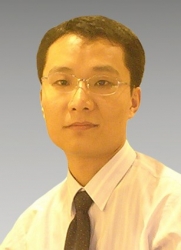 The International Tankers Owners Pollution Federation Limited (ITOPF) maintains a database of oil spills from tank vessels, including combined carriers, floating production solutions (FPSOs) and barges. This is inclusive of information on accidental spillages of persistent and non-persistent hydrocarbon oil since 1970, except those resulting from acts of war. The data also includes the location and cause of the incident, the vessel involved, the type of oil spill and the spill amount.

According to the ITOPF, in 2017 two large spills (>700 tonnes) and four medium spills (7-700 tonnes) were recorded. Peng-Cheng mentions in the study that it is well known that petroleum is known as the industrial blood, which continues to play an important role in the continuous development of the economy. However, oil leakage accidents, especially during the exploitation and transportation of petroleum, have been quite frequent in the past years.

The oil spills and chemical leakage is a cause of worry as it causes environmental pollution and ecological problem. Recent catastrophes in the Gulf of Mexico have brought this issue to the fore. This has caused a stir amongst the environmentalists and it has highlighted the importance and urgency of developing new methods for dealing with this hazard. It has been seen that the most utilised and efficient methods for combating this peril include in-situ burning, mechanical recovery by oil skimmer, dispersant-aided diffusion, physical separation, etc. Physical sorption of oil by porous materials has emerged as a simple and efficient technique.

Peng-Cheng further mentions that easy applicability and excellent suitability are two challenges when designing a suitable porous material for separating the oil-water mixture. There is another concern that the adsorption method is ineffective for oily liquid, like the crude oil, which is a highly viscous liquid in room temperature.

In recent years, the phase-selective gelation method was adopted for the recovery of spilled oil. However, it was later assessed that the multi-step for the synthesis and rareness of starting materials were the two major obstacles for the large-scale production of the material. Therefore, Peng-Cheng realised that the development of new oil gelling agent (OGA) with characters like excellent gelling capability, fast diffusion/adsorption to oil, and easy process for production was highly desirable.

The study led by Peng-Cheng in the Xinjiang Technical Institute of Physics and Chemistry, Chinese Academy of Sciences, is a part of a larger project in developing material with hieratical structures for environmental and engineering applications. Peng-Cheng has described that in a study conducted in his group, powdered OGA was prepared by using biodegradable wheat bran as a raw material that was obtained from a local flour mill.

Their findings showed that the obtained gelator showed a controlled hydrophilicity to water and oleophilicity to the organic compounds, and had the capability to selectively congeal oil spills into floating gels on water surface, thus preventing oil film from spreading and providing convenience for easy collection. This was noticed as a result of the synergistic effect arising from the organic coating and the enhanced surface roughness in the material. The synergy of the above two aspects made the material an excellent oil-gelling performance, i.e., the aggregation-induced gelation (AIG), in macro-scale. The team concluded that with advantages like easy applicability, short gelling time, excellent phase selectivity, and green process for the preparation, the modified wheat bran demonstrated excellent results and a remarkable potential as an oil solidifier for the cleanup of oil spills.

Peng-Cheng’s brilliant research may resolve this menace of oil spills, which causes harm to the aquatic ecosystem and the environment in general. This field is indeed in need of more participation from the community in science and engineering to address the problem, and to achieve the high impact it deserves. The young researchers must add their inputs to this excellent research to further a green cause.
Contact
Oasis Publishers
Peng-Cheng Ma
+1-646-751-8810
www.oasispub.org