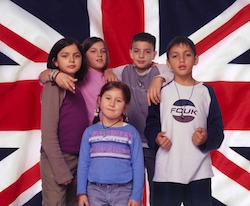 London, United Kingdom, April 22, 2019 --(PR.com)-- The "Kids United" children's musical group were first made famous when BBC Radio 4 aired a news special to millions of its listeners. They were also made famous when they became the world's youngest company directors, when they founded their Bangin' Records music label with their uncle, Jaime De Aguiar. They did this to promote and sell their music through the "KidsUnited.com" website. The youngest member of the musical group and company director was only 5 years of age.

The "Kids United" musical group, also known as KidsUnited.com, is a British, London-based Hip Hip/Pop, children's musical group, made up of 5 children, who are all cousins. The group was created in 2001 by Jaime De Aguiar and his nephews and nieces, who are the founding members of the musical group under their Bangin' Records music label. The "Kids United" musical group was officially established and registered in 2005 on the Worldwide Band Name Registry, "Bandname.com," website. The group was created as a way to give underprivileged children a voice through their music and campaigning on child and animal welfare issues.

The "Kids United" musical group were first made famous when BBC Radio 4 produced a news special, which was aired to millions of its listeners to help promote their songs, "I'll Be There" (singing with Michael), which featured vocals by Michael Jackson and The Jackson 5. The news special also featured the Kids United "World's Children's Day Anthem Song," which was used for an awareness campaign to promote "World Children's Day," which takes place every 20th of November. During the interview, the "Kids United" musical group also spoke about the business side of running their music label, Bangin' Records, and the selling of their music and merchandise through the KidsUnited.com website. They also spoke about their involvement with the animal charity, the "Born Free Foundation."

"Kids United" were not only a musical act who ran a record label, but also pioneers, by becoming the world's first musical act to sell their music entirely through downloads via their KidsUnited.com website. Further to all this, "Kids United" were passionate campaigners, who headed a campaign to establish a National Children's Day in the United Kingdom. They did this by recording the Kids United "World Children's Day Anthem Song" which drew attention to this cause due to its upbeat message of unity and hope within the lyrics of their song. Thanks to them, "National Children's Day" now exists every 12th May. 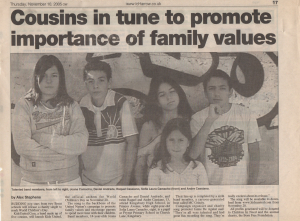 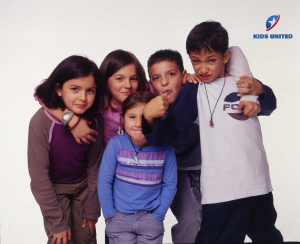