Dr. Lois Jordan Honored as a Woman of the Month for June 2019 by P.O.W.E.R. (Professional Organization of Women of Excellence Recognized) 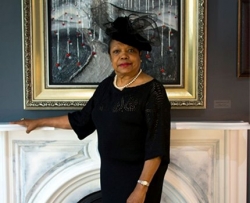 Hendersonville, TN, August 20, 2019 --(PR.com)-- Dr. Lois Jordan of Hendersonville, Tennessee has been honored as a Woman of the Month for June 2019 by P.O.W.E.R. (Professional Organization of Woman of Excellence Recognized) for her outstanding contributions and achievements in the fields of education and politics. Each month they feature women to represent their professions and industries due to their expertise and success in their chosen specialty.

About Dr. Lois Jordan
Dr. Lois Jordan is a retired councilwoman of the city of Nashville, Tennessee, where she was elected in 1971. She is currently a political strategist and leader, an educator and serves as a guest speaker for several local organizations. She was the first female and the first Afro-American female to be elected to the council position on her own merit, without the position being vacated by the death of a husband. When she served, Dr. Jordan was the only female out of 39 men.

Dr. Jordan developed her interest in politics in high school. She engaged herself with community activities that revolved around political situations and attended council meetings, interviewed people of political offices and visited city hall. She strived for hands-on experiences.

After earning her M.A. from Tennessee State University, Dr. Jordan continued her education, receiving her Ph.D. from Walden University. She is a member of Rotary International, a board member of the Nashville Ballet, the Nashville Opera Association, and is the director of development of the Monthaven Arts and Cultural Center. She was honored to have her biography appear in The Two Thousand Women of Achievement, Community Leaders of Notable Americans, Personality of the South, and Notable Americans of the Bicentennial Era.

In addition to her position as councilwoman, Dr. Jordan served as an adjunct professor for Belmont and Fisk University and was a Social Studies educator for the Metropolitan Public Schools. She has paved the way for many females entering the political arena. Being a black female involved in the political arena at the time of her entry was unheard and never thought of. Dr. Jordan had to campaign in unknown areas and where most black people would have not taken the challenge. Recently, The Nashville Tennessean called her “Lady Jordan” because she wore a hat, gloves and pearls. She happily embraced the sobriquet.

In her spare time, Lois enjoys reading, playing golf, and singing in the Hendersonville First Baptist Church choir. She enjoys relaxing in the later part of the afternoon when possible by listening to music which varies in style from Luther Vandross to classical, and opera.

Dr. Jordan states that she was told as a young adult, “If you really want to get to the next level you must first believe you can be a mover and a shaker. Be able to walk the walk and talk the talk. Be honorable, truthful, and faithful.”

About P.O.W.E.R. Magazine (Professional Organization of Women of Excellence Recognized) and Powerwoe.com
P.O.W.E.R is an online community as well as a digital and exclusive print magazine featuring celebrities and everyday hardworking professional women. Our mission is to provide a powerful network of empowering women who will mentor and inspire each other to be the best they can be. Through our valuable services, our members can network, collaborate with like-minded professionals, gain recognition and obtain knowledge from those who have already achieved success.
Contact
P.O.W.E.R. (Professional Organization of Women of Excellence Recognized)
S. K. Koop
516-365-3222
www.powerwoe.com
Ellen Gold