The remarkable, untold stories of young German and Austrian Jewish veterans who fled their homes only to perform an “about face” and return with U.S. and Allied Forces during WWII. 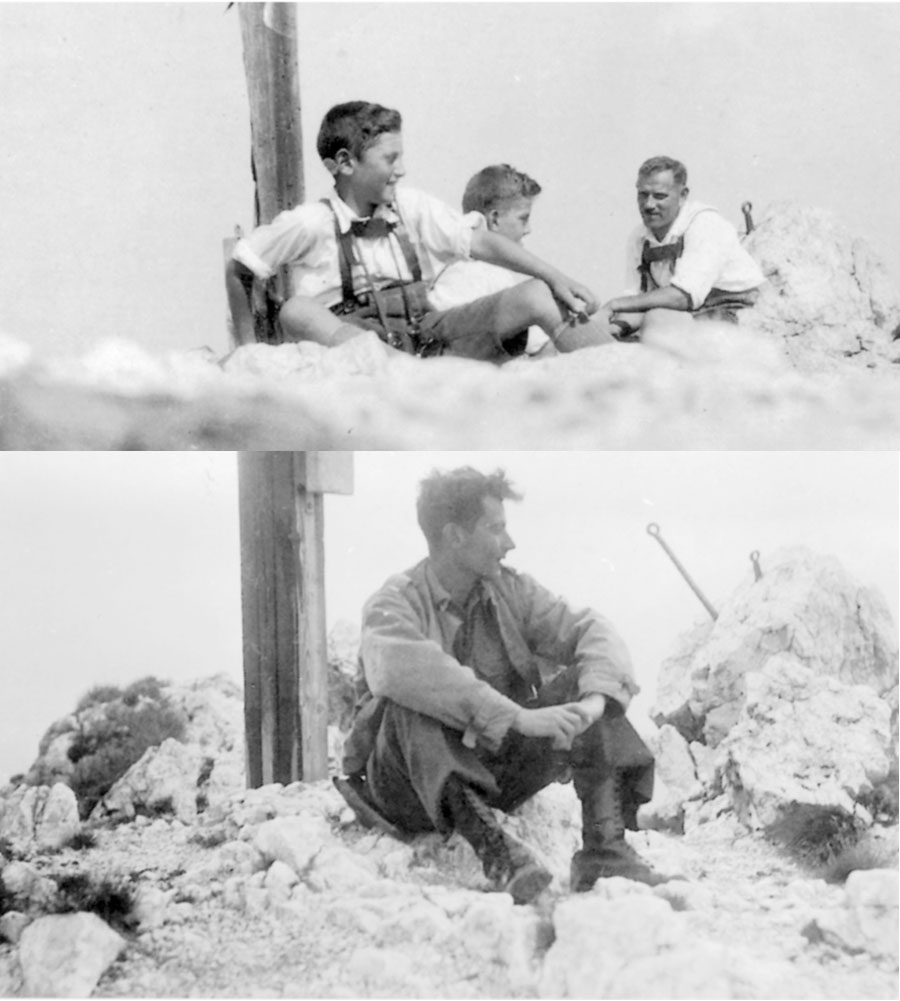 Hawthorne, CA, November 10, 2019 --(PR.com)-- Xenon Pictures, Inc. is preparing to release the Steve Karras documentary, "About Face: Jewish Refugees in the Allied Forces." Produced over fifteen years, Karras’s film captures the unique stories of a group of German born Jews who left their country as children during the rise of Hitler, and later returned to fight and defeat their former countrymen - friends and neighbors - during World War II.

“What a wonderful achievement is this film. A legacy…[I adore] these fabulous men and women, speaking not just about the horrific perversion of Germany and Austria by Nazism, but also the wonder of America.”
— Pete Townshend

The film features the emotional and incisive remembrances of men such as Henry Kissinger and Peter Masters (father of legendary Hollywood journalist Kim Masters) as they watch Hitler and his henchmen infect the minds of the German people, attack their families, and move to conquer the continent... while they themselves escaped to unfamiliar countries, often alone and penniless and eventually make the decision to join the militaries of these countries where many were not even citizens - and in the case of the UK were considered "Enemy Aliens."

In an effort to secure finishing funds, director Karras showed various works-in-progress of the film in a few small institutional settings before Xenon Pictures provided the necessary capital to give the film its proper due, and prepare it for high definition release.

Raised in Germany, speaking perfect German, knowing the contour of their homeland, and understanding the ways and manners of the German thought process, these brave men and women became uniquely valuable members of the Allied Forces during World War II. Being German-born certainly gave advantage to their Allied commanders, but also put these soldiers at the risk of certain death if captured, not only as Jews, but as spies despite the rules of war.

Many documentaries have examined the nuances, the causes, the battles, of World War II. "About Face" does this and more, from the very unique and personal perspective of those who actually suffered under the system that they have taken up arms - and risked their lives - to destroy.

This film does not focus on the camps, the ghetto uprisings, or the victimization of the Jewish people. Instead, it depicts the uniquely powerful and unexpected experiences of the Jewish refugees-turned-soldiers, who fought with distinction in the U.S. and Allied Armed Forces as combat infantrymen, paratroopers, and interrogators in counter intelligence and military intelligence positions. The strength and spirit of these veterans that comes through the screen are as full of life as the stories they are sharing are full of death and sorrow.

As refugee turned British commando Peter Masters puts it, “‘There were some who said the Jews had had enough,’ I said. ‘The hell we have! This is ours!’”

Other interviewees include former Secretary of State Henry Kissinger and author Kurt Klein, walking us through their personal histories as Hitler’s perverse philosophies capture the minds of their friends and neighbors, then as their relatives back home are imprisoned and murdered, and as the German troops advance to bring their dark philosophy to the entire continent. Their determination to defeat this truly existential threat brings them to some of the war’s most infamous and memorable chapters; from Kristallnacht, through the invasions to reconquer Europe - Normandy, Anzio - to the long fight into the heart of Germany itself. Some will reconnect with long lost relatives (including one commando liberating his own father from the Terezin concentration camp) while another is part of the delegation negotiating the unconditional German surrender in Haan.

Former president of the Survivors of the Shoah Visual History Foundation Dr. Michael Berenbaum provides additional context and facts on the efforts of these refugees-turned-soldiers and their unique experiences.

The film is mostly told directly from the mouths of these incredible - and often charming - people, with Ken Burns’ go-to narrator Peter Coyote moving the story along. The score is by the legendary John Cale. Karras traveled throughout the world and labored well over a decade to capture this essential and timeless piece of history, and it is finally ready for release. Timely perhaps, as one of the veterans points out his sage advice, "never let a fanatic take over your country."

Xenon will be exhibiting it at various institutions, followed by a wide release on most major streaming platforms in early 2020.

“Most stories of the Shoah emphasize Jewish losses and victimization, not the heroic acts of armed response of those returning to strike back at the enemy they knew better than anyone,” says director Steve Karras. “I’m so glad that we can now get the stories of these amazing and brave people out to the world.”

These veterans’ stories are ones of heartbreak, courage and ultimately, the triumph of the human spirit. The vets themselves are delightful and articulate, and in some cases, hilariously blunt. Karras has also created an archive to record and preserve the stories of the more than 200 veterans he’s interviewed to date.

Director Steve Karras is available for interviews, and any institutions interested in screenings are encouraged to contact Xenon Pictures. 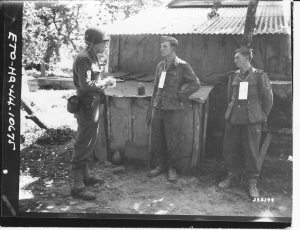 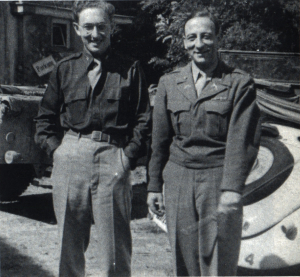 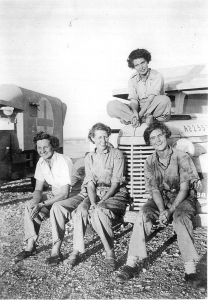 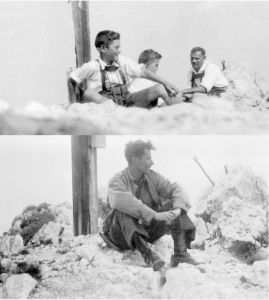 Kurt Klien - as a young German Jew, and back with the victorious allies.

Interviewee Kurt Klein, as a boy in Walldorf, Germany, and in the same spot with the US 5th Infantry. Photo courtesy Xenon Pictures/Buddy Films.