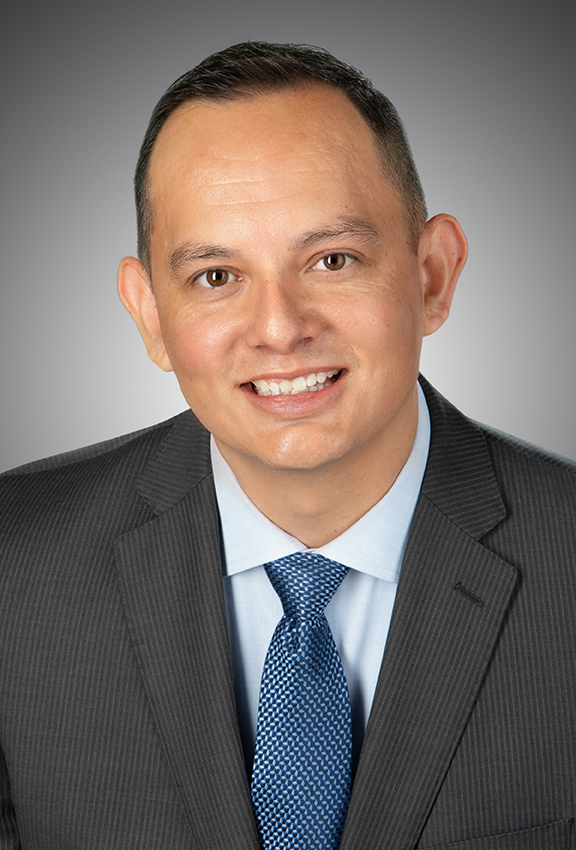 At TMCA, Roque will be the top nursing executive over TMCA/Spalding’s six campuses. He will oversee an array of services and programs including cardiovascular services, emergency services, and TMCA’s Level 2 Trauma Center. He will also play a key role in the expansion of inpatient clinical services and surgical services occurring at Centennial Medical Plaza, which will open its doors to inpatients later this year.

Roque, a Registered Nurse, has been with HCA Healthcare for over 19 years, most recently serving as Associate Chief Nursing Officer at Swedish Medical Center. While at Swedish, he helped lead efforts that significantly reduced nursing turnover and contract labor. Roque also led a number of departments including the Emergency Department, Children’s Services, Critical Care Services, and oversaw initiatives that increased colleague and patient engagement scores. In 2019, Roque completed HCA Healthcare’s Executive Development Program and was named Most Outstanding CNO Associate in his class.

“John is a proven leader with a talent for building strong, successful teams,” said Ryan Simpson, Chief Executive Officer at The Medical Center of Aurora and Spalding Rehabilitation Hospital. “He has a passion for developing his nursing colleagues into strong leaders and a history of increasing colleague and patient satisfaction in the units he leads. John will be a wonderful addition to our Executive Team and I’m happy to welcome him to TMCA/Spalding and our affiliated campuses.”

Roque began his career with HCA Healthcare as an orthopedic nurse tech at Del Sol Medical Center in El Paso, Texas. After becoming a registered nurse, he continued his work in Orthopedics before moving into Critical Care areas such as the Intensive Care Unit (ICU) and the Cardiovascular ICU (CVICU). While in the ICU, he held a Charge Nurse position and was later promoted to Director of the CVICU and then to Administrative Director of Critical Care Services.

Roque received his Bachelor’s degree in Nursing from the University of Texas El Paso and a Master’s in Nursing Administration and Management from Aspen University. He lives in the Denver area with his wife, who is also a nurse, and his two children.

The Medical Center of Aurora, has received three-time Magnet® designation for nursing excellence by the American Nurses Credentialing Center (ANCC), is a 346-bed acute care hospital located in Aurora, Colorado. The Medical Center of Aurora is comprised of six campuses in Aurora and Centennial, Colo., including the Main Campus, located at Interstate 225 and Mississippi, the North Campus Behavioral Health and Wellness Center, Centennial Medical Plaza, Saddle Rock ER, Spalding Rehabilitation Hospital, Spalding Rehabilitation at P/SL, and a medical office building at Green Valley Ranch. The Main Campus facility is a Level II Trauma Center with Primary Stroke Certification and Chest Pain Center accreditation, and has an affiliation with Rocky Mountain Hospital for Children as well as the Sarah Cannon Cancer Institute. The Medical Center of Aurora received ‘A’ grades from The Leapfrog Group (Fall 2016 - Fall 2019), was Colorado’s only hospital to receive the Leapfrog Top General Hospital designation two years in a row (2016, 2017), and was recognized as a Best Regional Hospital by U.S. News & World Report (2014-2015, 2017-2018, 2018-2019). The Medical Center of Aurora is proud to be a part of the HealthONE system of hospitals that earned the ranking as the #7 corporate philanthropist in the Denver metro area and was the only hospital system ranked in the top 10. HealthONE contributed more than $1.5 million in 2018 and supports over 150 organizations through cash and in-kind donations. Learn more at AuroraMed.com.
Contact
The Medical Center of Aurora
Laura Stephens
303-591-5635
www.AuroraMed.com