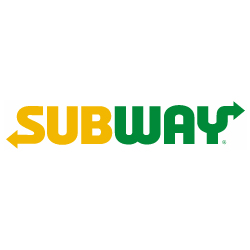 Milford, CT, August 01, 2019 --(PR.com)-- Subway® restuarants and its Franchise Owners are not only passionate about serving guests their beloved Footlong subs and Signature Wraps, but also about helping communities thrive and providing nourishing meals to those in need. As part of its annual Global Convention in Toronto, thousands of Subway developers, employees, suppliers, and Franchise Owners from around the world packed hundreds of meals to donate to North York Harvest Food Bank, the primary food bank for northern Toronto. In addition to the 750 boxes of meals, the brand donated more than 1,000 pounds of food to local shelters throughout the Toronto area.

Subway donates food and goods after its convention every year to the local food banks where the convention is held.

“Our core values are community, family and opportunity, and Team Subway is a caring group that is always looking to do our part to support our communities,” says Michele DiNello, Subway Vice President for Communications, Public Relations and Events. “Subway and our Franchise Owners continually give back to communities by supporting causes that are important to our team members, our communities and guests.”

Through local partnerships with food banks and meal donations to first responders in times of natural disasters, Franchise Owners worldwide have stepped up to feed those in need. In North America, the brand has national partnerships with Feeding America® and Food Banks Canada. The Subway World Headquarters, located in Connecticut, regularly supports local food banks, shelters and hunger-eliminating programs.

To learn more about how Subway and its Franchise Owners give back, visit Subway.com and SubCulture®.

About Subway® Restaurants
The Subway restaurant chain continues to evolve the dining experience, offering guests in more than 100 countries quality ingredients, as well as robust flavor combinations with nearly 7 million made-to-order sandwiches created each day. The Subway brand provides an alternative to traditional fast food offering guests billions of sandwich, salad and wrap combinations. All Subway restaurants are owned and operated by almost 21,000 Franchise Owners who employ hundreds of thousands of people globally. Franchise Owners and the company are committed to eliminating hunger by supporting hunger relief programs around the world.

The Subway experience is also delivered online at Subway.com, through Subway.com/Delivers, and the Subway® App.