Cabin Fever Radio recorded this originally for live audiences during the COVID-19 Pandemic while the actors and their audience were all confined for health and safety. The Radio Show version was mixed over several weeks immediately upon conclusion of the live readings. 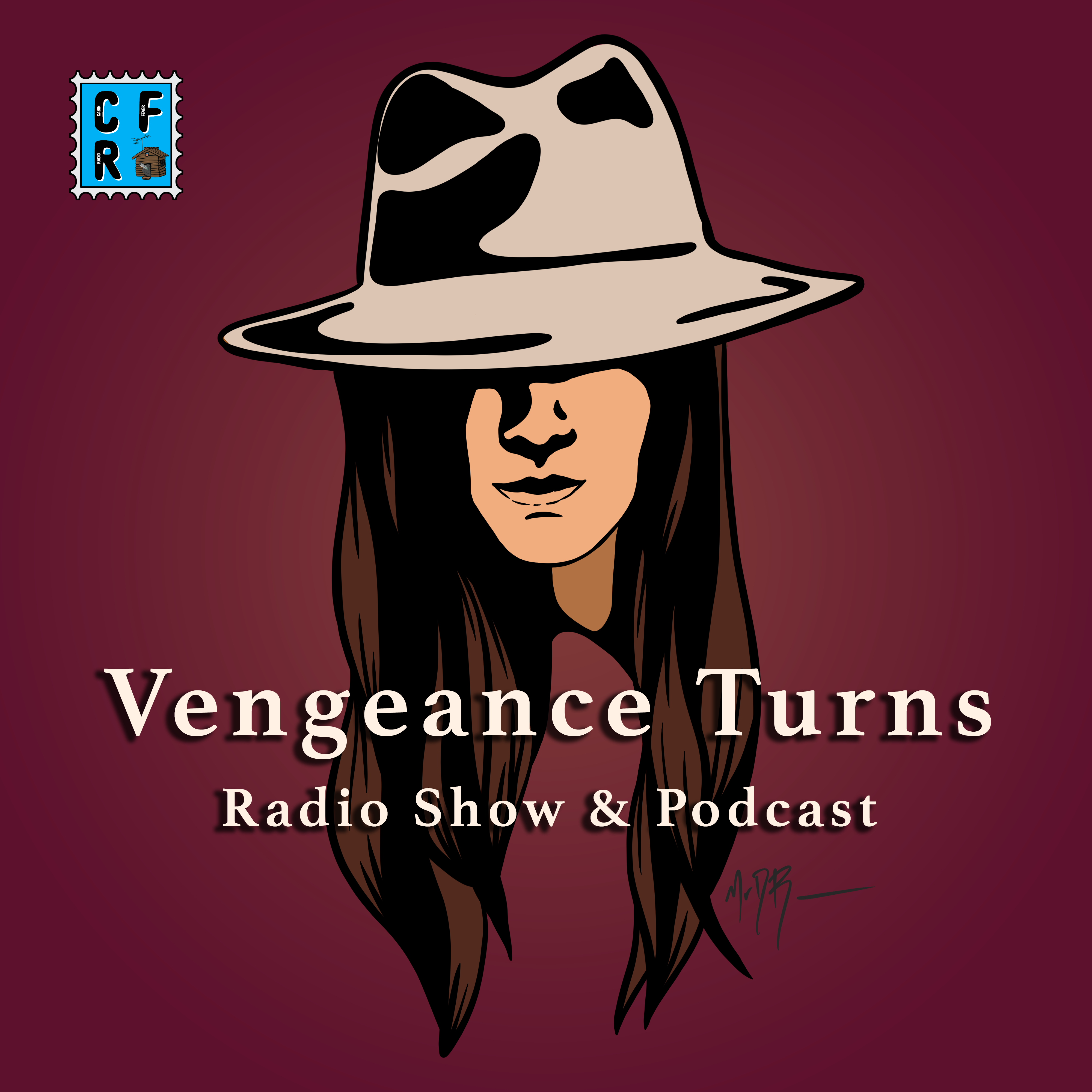 Los Angeles, CA, June 27, 2020 --(PR.com)-- Cabin Fever Radio, a group of actors on a mission to bring the best in original, new livestream entertainment to the world, today announced the release of “Vengeance Turns” -- a 4-Part Spaghetti Western Radio Show-style Podcast on all major podcasting platforms such as Spotify, Apple Podcasts, and others including their own website at www.CabinFeverRadio.com starting July 4, 2020. The talented group performed all the material live over four weeks in May and June 2020, then writer/director Robert Christopher Smith edited that adding original music, sound effects and more to create a fully produced “radio style” drama. Co-written by Smith with Amanda Fry, “Vengeance Turns” is a female-led revenge story, featuring three incredible lead and secondary female characters. Mia Falcon relies on Delicate Poison and Gloria - just Gloria, from a strange secret tribe called the “Lost People” to heal, train and assist her on her bloodsoaked quest for revenge on the murderous gang who killed her husband, son and daughter in 1876 California.

At its core, “Vengeance Turns” presents the tale of Rebecca Falcon, whose one-quarter Kumeyaay Native American heritage has been intentionally suppressed in a world that treats the natives like savages and eradicates them onsight like vermin. Ironically, her family is attacked by villains masquerading as the Kumeyaay local natives who have been known to “stray from the reservation” of late. Following the attack, Rebecca is left for dead amongst the bodies of her family and debris of her former life. She is broken, scalped, and worse but is discovered just barely alive by Simon, the half-Kumeyaay pure-hearted son of the evil leader’s gang, who spirits her away, aiming to save her life. This leads the two of them into new lives amongst these “lost people” where Rebecca becomes a different person entirely, Mia.

“Vengeance Turns” bursts at the seams with colorful characters, plot twists, a heartbreaking story, and a body count that rivals any of today’s high octane big-budget action thrillers. Each of the four episodes provides a full story, while also joining and adding to a larger, more intricate tapestry that leads to an unbelievably shocking conclusion in Chapter 4 that reverberates back through the entire series. Listeners and fans who may enjoy an exciting visual experience to go along with the story will find a video-version featuring stunning artwork from Ken Meyer Jr., Kurt Belcher, Kelsey Jaffer, and more on the Cabin Fever Patreon Page.

About Cabin Fever Radio
Cabin Fever Radio began simply as “Cabin Fever Radio Novelas,” a means for long-time friends and collaborators Robert Christopher Smith and David Ruano to gather online with other actor and artistic friends and collaborators during the COVID-19 Pandemic. While their initial intentions may have been to entertain each other by staging readings of classic TV shows like the “Where is Everybody” episode of The Twilight Zone, they found an instant audience outside their group that was delightfully entertained as well. Smith and Ruano quickly adapted and expanded their plans to include original material and several other new programs, making “Cabin Fever Radio Novelas” merely one offering under the “Cabin Fever Radio” banner. Other shows include a comic book review show called “Comic Book Corner”; Smith hosts a show called “Wild Love Weekly” which focuses on bands, music and artists from the 70’s through the present, all filtered through stories of his own band from the 90’s WIld Love Rebellion; “StoryDice” which pits storytellers against each other by forcing them to come up with stories on the spot based upon rolls of the dice; and many more are in development and starting soon. Cabin Fever Radio, Smith, Ruano, and their whole group are very active on Instagram (@cabinfeverradionovelas) and Facebook (@cabinfeverradio) For all things “Cabin Fever Radio,” the best starting point is the website: www.CabinFeverRadio.com