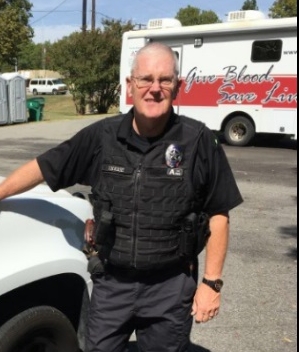 Denison, TX, August 13, 2020 --(PR.com)-- Robert Cherry of Denison, Texas has been honored as a VIP Member for 2020 by Strathmore’s Who’s Who Worldwide for his outstanding achievements and high level of success for almost 50 years in the fields of crime prevention and criminal justice.

Mr. Cherry has received many outstanding honors and awards. He was awarded the Mirabeau B. Lamar Medal for Educational Excellence from the Masonic Grand Lodge of Texas in 2014 and the Wallace Beasley Award from the Texas Police Association in 2011. He was selected as the Most Influential Teacher from Socrates Scholar in 2008 and chosen as the North Texas InterLink Outstanding Career and Technology Instructor in 2007. Robert Cherry was the Vice Chairman (2002-2004) and Chairman (2003) of the Denison Civil Service Commission. He was chosen as a Who's Who Among America's Teachers in 2004, served as Secretary for the Criminal Justice Advisory Committee at Grayson County College in 2002, elected to the Alumni Advisory Board at Sam Houston State University in 1999 and was chosen as Outstanding Crime Prevention Specialist by the Texas Crime Prevention Association in 1977. In addition, he was a finisher in the Ironman Triathlon World Championship in Kailua-Kona, Hawaii in 1985. Robert has also been nominated for many prestigious awards.

Robert Cherry has written two books, "While on Routine Patrol" and "The Cows Don't Know It's Christmas." He has published numerous articles on crime prevention, law enforcement and security topics.

Robert is a Freemason and is a member of Shriners Hospital for Children. In his spare time he enjoys activities on his family farm.