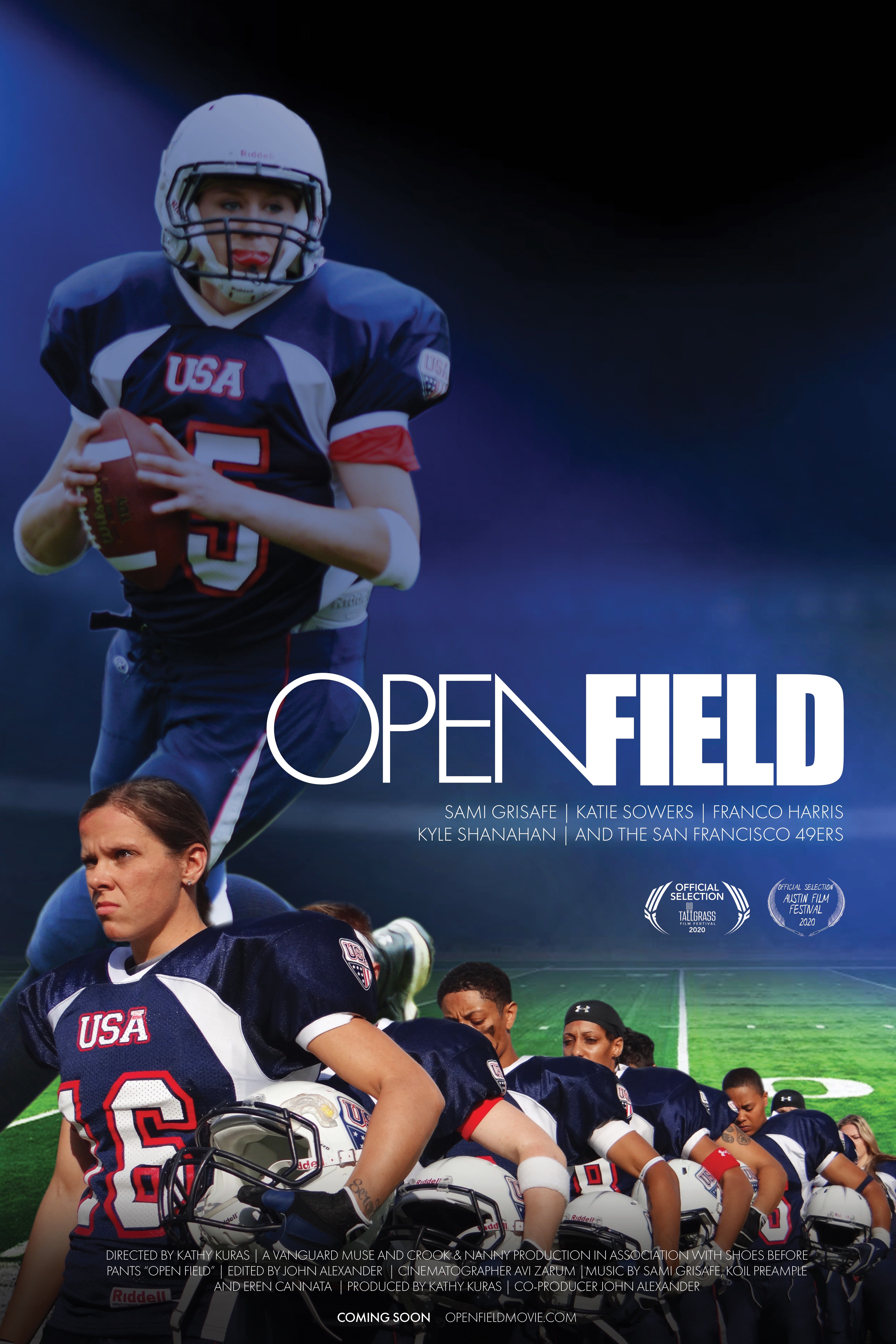 Austin, TX, October 19, 2020 --(PR.com)-- The Austin Film Festival and Tallgrass Film Festival’s virtual filmgoers will soon feel the impact of OPEN FIELD, an unforgettable journey into the heart of American women’s football as told through the eyes of legendary quarterback Sami Grisafe, San Francisco 49ers Assistant Coach Katie Sowers and other pioneering women of the gridiron.

Top coaches and players who champion for a more inclusive future for football also appear, including Kyle Shanahan, Head Coach of the San Francisco 49ers; Franco Harris, the legendary Pittsburgh Steeler and Hall of Famer; and John Konecki, Head Coach of Team USA and the Chicago Force.

Growing up, Sami Grisafe was captain and first female quarterback of her Division 1 high school football team. Then she was three-time champion and MVP quarterback of the Team USA. Winning came easy to Sami. Opening the field to a new generation of female players was a whole different ballgame.

OPEN FIELD follows Sami and her hard-hitting teammates as they rack up championship after championship. Yet even at the top of their game, they hit obstacles no male NFL players have ever faced. Gender stereotypes. Lack of funding and sponsorships. No unified league. And no awareness or recognition in an otherwise football-obsessed nation.

These women carved out a path that didn’t exist and built a movement, of both women and men, who are reframing the conversation and rewriting the playbook to integrate women into the game. Their inspiring story will change the way you view professional football and how you define a champion.

A project of passion and grit.

“We knew this incredible story had to be told,” explains Director and Producer Kathy Kuras of Vanguard Muse. “These women not only won US championships, they went on to conquer the world, despite the hurdles and the setbacks.”