Author & Dating Coach Alan Roger Currie has released a new eBook and paperback titled "No FREE Attention" that is bound to attract a lot of attention from both single women and single heterosexual men. The new book is actually an updated revised edition of Currie's popular 2012 book titled "The Possibility of Sex: How Naïve and Lustful Men are Manipulated by Women Regularly." Currie was once voted as the Best Dating Coach for Men on YouTube for the 2017 calendar year. 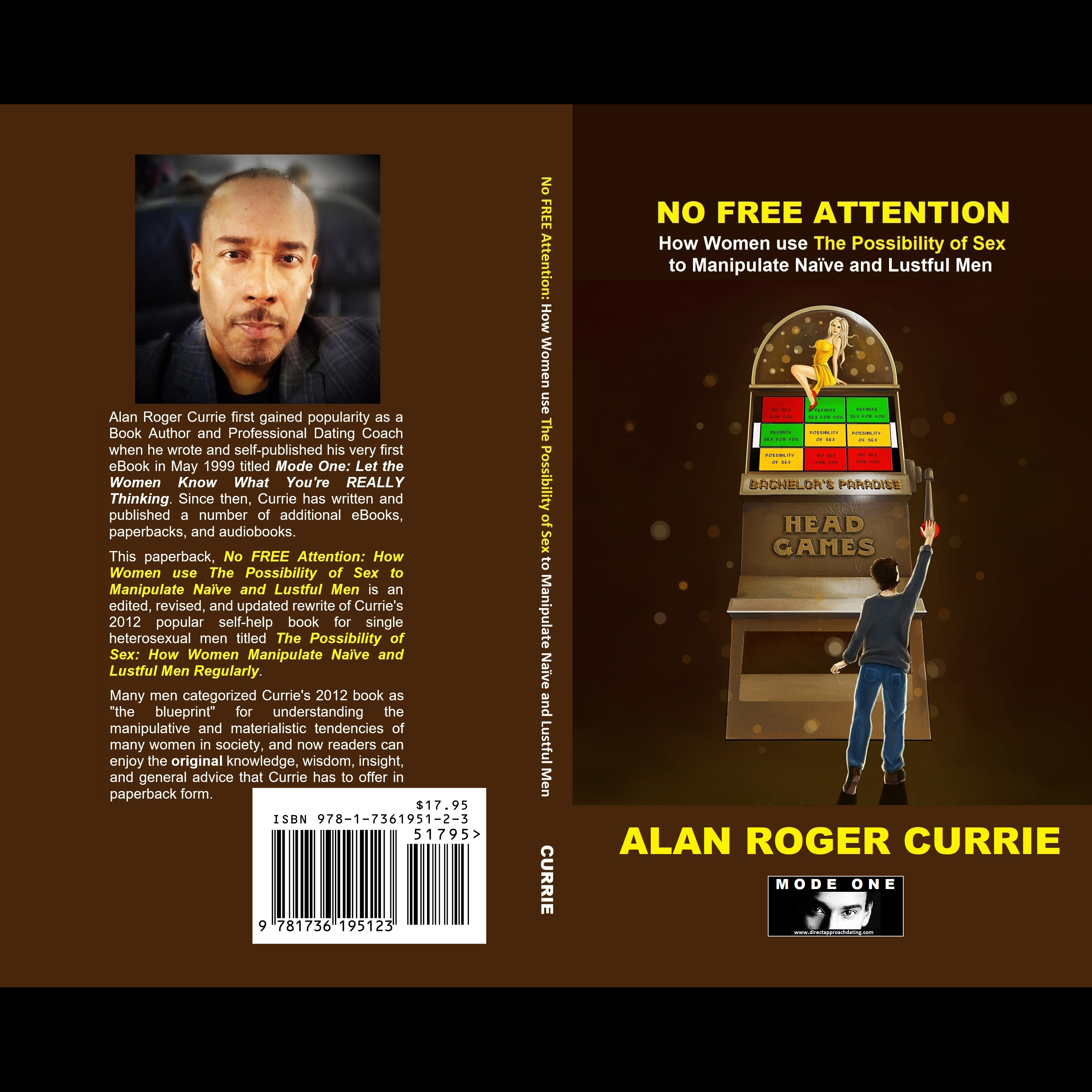 Hollywood, CA, December 28, 2020 --(PR.com)-- Over the last thirty years, which has plagued the dating scene for singles more: toxic masculinity or toxic feminity?

Well, there is at least one self-help dating advice book author who is objective enough to point the finger at members of both genders. Who is this author?

Alan Roger Currie, who has been a self-help book author who offers dating and relationships advice to single heterosexual men since May 1999, has recently released a new eBook and paperback titled "No FREE Attention: How Women use The Possibility of Sex to Manipulate Naïve and Lustful Men." Currie's eBook is currently the #1 best-selling newly released book on Amazon.com in the category of Gender Studies.

In his new book, Currie examines some of the aspects of "toxic masculinity" exhibited by many single heterosexual men, such as rampant dishonesty, emotional manipulation of women, and acts of physically aggressive behavior by men that have the potential to lead to episodes of sexual assault and date rape. Currie also examines at least five categories of "toxic" women which include "Covert Gold Diggers," "Ambitious Side Chicks & Mistresses," "Drama Queens & Spoiled Divas," "Closet Misandrists," and "Lying Cheaters & Untrustworthy Adulterers."

Currie was born and raised in Gary, Indiana, and is an alumnus of Indiana University in Bloomington, Indiana. Currie has a popular channel on YouTube, and he also conducts Email Consultations, Skype & Telephone Consultations, and One-on-One / Face-to-Face Coaching Sessions with men from all over the world.