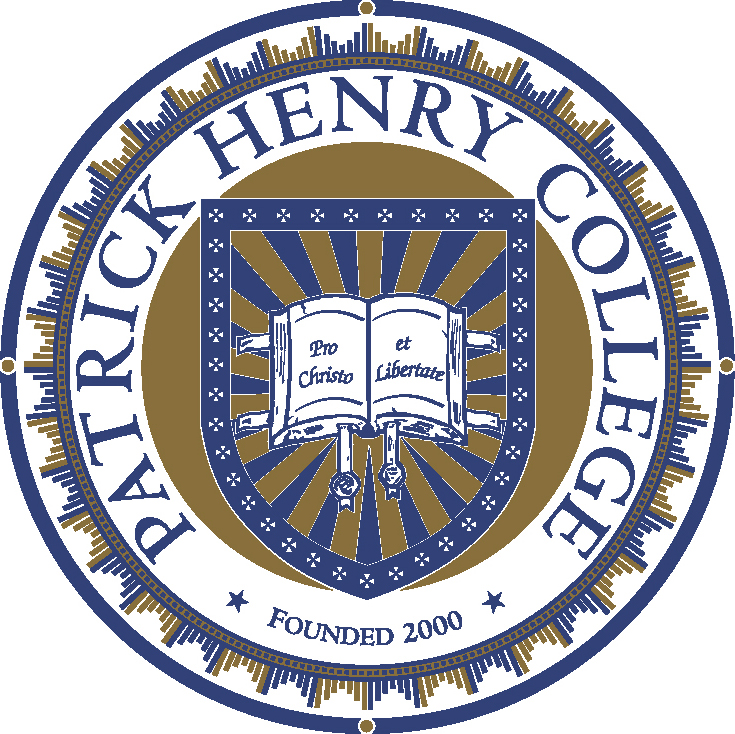 Purcellville, VA, May 12, 2021 --(PR.com)-- Patrick Henry College students shut out the competition, including several Ivy League institutions, to bring home both the gold and silver in a national collegiate civic debate competition.

This championship is one of two outstanding national-level performances in the same season. PHC’s national win in Civic Debate comes only a week after PHC's Mock Trial Teams placed third and thirteenth overall at the AMTA’s Mock Trial National Tournament - the best PHC season ever in Mock Trial.

The Lafayette Debates, begun in 1824 by the Embassy of France to the United States and The George Washington University, provides an international platform for student dialogue and debate. The 2021 topic couldn’t be timelier - challenging American students to scrutinize whether “Governments should impose civil and/or criminal penalties on social media companies providing platforms for violent extremism.” In an unprecedented outcome, Patrick Henry College teams took both first and second place.

Carefully curated teams of highly skilled students from both U.S. and French institutions of higher education engaged in debate before distinguished panelists including the former Attaché for Higher Education at the French Embassy, a Counterterrorism Policy Analyst for the Privacy & Civil Liberties Oversight Board, a Deputy Commandant of the École de Guerre French Military Academy, and nearly a dozen other equally-qualified judges. This exceptionally well-run event showcases the best research and rhetoric that higher education has to offer.

Not only did Patrick Henry College sweep first and second place at this championship tournament, but also students James and Tyler Dunning were semifinalists, and students Anna Fox and Bethany Loos made quarterfinals at the event. Overall, PHC students comprised half of all advancing students at the championship out rounds (many of whom also won individual speaker recognition). PHC's forensics program director, Sue Johnson, congratulates the PHC Civic Debate students saying, “We are enormously proud of our teams, who represented PHC with skill, determination, and integrity.”

This is a major victory for the PHC Debate Program. But ultimately and more importantly, the PHC forensics program measures its success in the way it equips students to preserve America for future generations. In PHC’s forensics program, students are learning to speak with knowledge, grace, eloquence, respect, and winsomeness. Students develop the ability to speak confidently and persuasively -carrying their refined talents to law school, Capitol Hill, the mission field, or public service opportunities in their own backyard.

Jack W. Haye, President of PHC, says, “Patrick Henry College will have a unique opportunity over the next few years to be a significant voice in the national conversation. Our culture is rapidly changing. As a result, there is a great need for young leaders who understand what it means to live integrated lives in which both faith and reason inform all aspects of their experiences. It’s a big task that will require conviction, tenacity, and creativity.”

Patrick Henry College, celebrating its 20th anniversary this year, is an intercollegiate forensics powerhouse with an unmatched record of 12 national moot court championships within a 15-year period with the American Moot Court Association (AMCA) - no other college has won more than one - and consistently finishing in the top 1% in the nation in Mock Trial. Fielding top competitors in the Transatlantic Dialogues, Civic Debate Social Justice and Lafayette Debate series, and IPDA Debate, PHC has positioned itself among the top schools in competitive debate as well. The skills that students develop in competitive debate have amazing outcomes.

- PHC’s pre-law advising program and LSAT averages are among the best in the nation with graduates accepted and thriving at top-tier law schools.
- PHC students are regularly selected to serve in White House and Capitol Hill internships.
- Four PHC graduates served as United States Supreme Court clerks within a four-year period.
- PHC’s Strategic Intelligence in National Security program has been awarded the International Association for Intelligence Education (IAFIE) certification and is a pipeline to graduate success at the FBI, CIA, and the Department of Homeland Security. PHC is the only Christian institution with this distinction and only the second undergraduate program in the nation to obtain this certification.

The bedrock of PHC’s academic program is its commitment to the classical liberal arts, and therefore, provides an extensive 63-credit classical core curriculum - twice the minimum required of baccalaureate-level liberal arts programs in Virginia - founded on the great texts and ideas that have stood the test of time, starting with the Holy Scriptures.

The unique fusion of three distinctives sets Patrick Henry College apart from any other college in the nation:

Patrick Henry College does not accept any federal or state funding - one of only 13 U.S. institutions of higher education and four seminaries to hold this distinction. PHC is committed to robust classical liberal arts training as a Christian mission with a biblical worldview. Graduates are nationally recognized for their ability to think logically, communicate persuasively, and represent the cause of Christ faithfully.