Dee C. Sanders Honored as a Woman of the Year for August 2021 by P.O.W.E.R.-Professional Organization of Women of Excellence Recognized 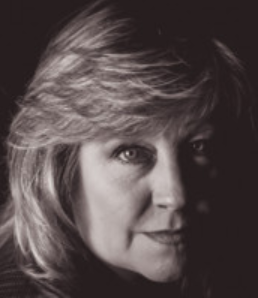 De Queen, AR, September 02, 2021 --(PR.com)-- Dee C. Sanders of De Queen, Arkansas has been honored as a Woman of the Month for August 2021 by P.O.W.E.R. (Professional Organization of Women of Excellence Recognized) for her outstanding contributions and achievements in the field of entertainment productions. Each month P.O.W.E.R. features women to represent their professions and industries due to their expertise and success in their chosen specialty.

About Dee C. Sanders
Dee C. Sanders is the owner of Bail Me Out Productions. She is the founder and host of Shattered Podcast and Daily Living Talk Show. Dee is responsible for producing podcasts, interviews, and documentaries. She started the production company four years ago.

A recently retired bounty hunter, Dee has just over 650 arrests, with about 85% of them made single handedly. During her 25-year career, she dealt with thousands of drug addicts. She got started in this career when she worked for an attorney, and he encouraged her, saying that Dee had the moxie that it takes to handle that type of career.

One of her most notorious cases was a young couple who were meth cooks and users of meth. She chased the young couple after they jumped bond and decided to live out their lives like Bonnie and Clyde. They left a trail of terror across multiple states, including robbery and holding a family hostage at gunpoint for 24 hours. With the help of the F.B.I., S.W.A.T. teams and many local, county, and state law enforcement agencies, Dee cornered them at a campsite just outside of Welch, Oklahoma, where they died in a fatal gun battle. She had many headline newspaper articles written about her career along with the story of this manhunt and shootout.

Dee has helped several friends and other family members as well as thousands of families across the country to achieve their goal of success from interventions to sobriety. This began after she helped her son who was addicted to hydrocodone and even attempted suicide by overdosing, spending five days on life support in critical condition. After his release, he resumed his drug addiction. Dee knew at that point for his safety and well-being, along with her sanity, she would have to resort to tough love. She formed a plan and an intervention and within a week had him halfway across the state in a long-term rehab. Today he is drug free.

Born September 17, 1964, Dee attended college. She serves as a fundraiser and mentor for St. Jude’s Children’s Research Hospital. In her spare time, Dee enjoys gardening and hiking. It is her future goal to write a book and to partner with a production company and work on a modern day Bonnie and Clyde story-feature film based on true events.