Behind the Strings showcases the lives of a professional classical string quartet who left China for the U.S. They built a very successful career and paid a big price getting to the top and remaining on top. Film festivals throughout the U.S. are now presenting and praising this engaging independent documentary film. 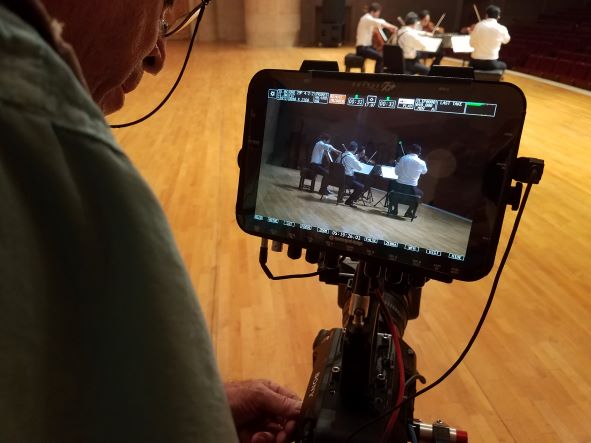 Little Falls, NJ, September 27, 2021 --(PR.com)-- The 5th Annual Classical Arts Film Festival (CAFF) selected Behind the Strings as its 2021 Best Documentary Film. CAFF is located in Napa, California ended their festival August 28, 2021. The festival stated, “Behind the Strings takes us on a thought-provoking journey that unveils an honest yet (most important) inspiring look into the lives of these dedicated and accomplished musicians.”

Behind the Strings also received a nomination for 2021 “Best of Festival” at the 10th Annual Richmond International Film Festival located in Richmond, Virginia. The festival ended on September 12, 2021.

Behind the Strings (www.shanghaiquartetfilm.com) is an independent documentary film about the Shanghai Quartet, a classical string quartet that immigrated to the U.S. from China in 1985. The film provides a 360-degree view of a very successful quartet. (Trailer: https://vimeo.com/523295155)

Hal Rifken, the director, cinematographer and co-writer with his production team followed and filmed the quartet for five years in France, Mexico, China and throughout the United States. Mr. Rifken commented, “Behind the Strings provides a very intimate view of the quartet, their families, colleagues and students both on and off stage.”

Executive producer and co-writer Michael Peroff indicated “distribution will be announced once the film completes its film festival run ending in 2021.”

Future first violin and co-founder of the the Shanghai Quartet with school friend Yu Long who became the eminent conductor of the Shanghai Symphony Orchestra.

Laurel for being nominated "Best of Festival."

Classical Arts Film Festival selected Behind the Strings as "Best Documentary of the their 2021 film festival.

Four men being being ridiculed during China's Cultural Revolution.

The original Shanghai Quartet and Professor Ding greeted at the Shanghai Airport after winning 2nd place in the Worldwide Menuhin Student String Quartet Competition outside of London.

Behind the String has been selected to be screed at the DOCUTAH International Documentary Film Festival Nov. 1- 6 2021.