Everyone needs a little escape now and then, even from work as important as saving tropical forests. Writing "Ardennia" provided Mr. Calhoun with just such an escape. Those who read the book will be able to escape for a few hours as well. 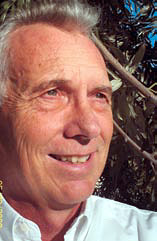 Dodgeville, WI, October 06, 2021 --(PR.com)-- “For thirty five years, I have been sounding the alarm about climate change and the dire consequences of deforestation in the tropics,” says Bruce Calhoun, the founder of Save the Rainforest, “and I needed a break; an escape from reality. So I turned to my love of literature and wrote a story that has nothing to do with warming oceans and the loss of Earth’s biodiversity. I am ecstatic with the results. I feel renewed, and from the reviews the book is getting, I see that 'Ardennia' is providing a pleasant escape from reality for others, as well.”

A Cinderella story like no other, "Ardennia" is a young adult historical fantasy that captures the magic, brutality and earthiness of the medieval age. It chronicles the many adventures of Cinderella’s prince as he experiences his first joust, undergoes his baptism of fire in the Battle of Paris, is charmed by Cinderella at a masquerade ball, and sets off on a quest to find her after she flees the ball at the midnight hour.

The quest takes him and his folksy mentor, Sir Guy, through strange lands supposedly inhabited by ogres, pixies, hobgoblins, man-eating plants and giants; peopled by an extraordinary and motley cast of characters that include an epileptic bard, a bean counter who wagers his gold tooth in a dice game, a merchant who can never be too prosperous, a little girl who has a running feud with three bears, pilgrims that argue over who is the most pious and a beggar who has been cursed with leprosy for committing all the cardinal sins. Be on the look-out for a bit of Chaucer-like satire in this adapted fairy tale.

Seven Reasons to Read "Ardennia":
7. Robinette the Hood’s cameo
6. The buffoon’s gambit
5. The ironic ending
4. The love affair between Cinderella's stepmother and the hunchback
3. Sir Guy’s story of the elf and the troll
2. Queen Bernadette’s sagacity
1. Prince Henry's tete-a-tetes with the 14 ladies who attended the ball