The Elegant Fashion of Princess Diana Will Headline an Exhibition This Fall at the Monthaven Arts and Cultural Center in Hendersonville, Tenn. 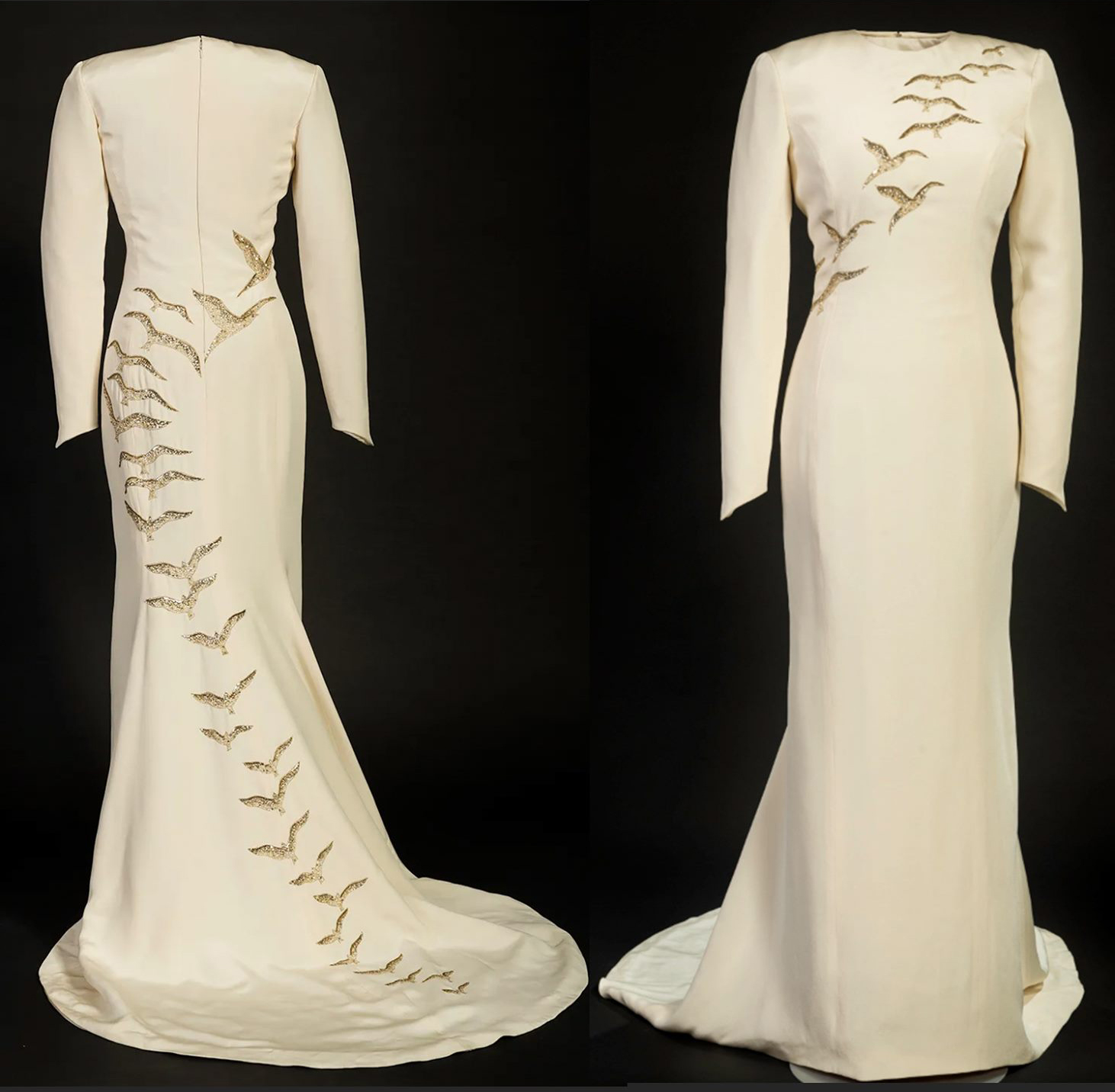 Hendersonville, TN, November 02, 2021 --(PR.com)-- The regal fashion of one of the 20th-century’s most iconic figures will herald the holidays at the Monthaven Arts and Cultural Center (MACC) in Hendersonville, Tenn. The exhibition, titled, "The Elegance of Royal Fashion," will run Nov. 14, 2021 to Jan. 9, 2022 and will feature two of Princess Diana’s most spectacular evening gowns along with a replication of her bridal ensemble, complete with its 25-foot train. On loan from the Pat Kerr Private Royal Collection and presented by Jeanette Heinz, the exhibit will also include rare items once owned by Queen Victoria, Wallis Simpson (who became the Duchess of Windsor), and other notable personalities, in addition to some of Pat Kerr’s own signature designs. “I can’t think of a better time for the MACC to present the Elegance of Royal Fashion,” says Cheryl Strichik, executive director of the Monthaven Arts and Cultural Center. “Interest in Princess Diana’s life is at an all-time high, and visitors to the MACC will experience the sort of fashion usually seen only at Kensington Palace. It’s a thrill to present such a once-in-a-lifetime exhibit right here in Middle Tennessee.”

Pat Kerr is one of America’s leading fashion designers best known for the bridal couture launched by Neiman Marcus, strikingly original creations that the legendary New York fashion arbiter Eleanor Lambert hailed as the “Faberges and Fortunys of today” and as objets d’art. A long-time Tennessee resident who spent 20 years living in London, Kerr is also widely recognized as one of the world’s foremost private collectors and authorities on antique laces, textiles and British Royal Memorabilia. In fact, when Diana, Princess of Wales Museum opened at her ancestral home, Althorp, Kerr was chosen by British Television to narrate the highly anticipated Royal Documentary, the first glimpse inside this private Royal Museum. Kerr spent decades amassing her Private Royal Collection, select contents of which have been the subject of exhibitions at the Metropolitan Museum of Art and, more recently, Kensington Palace. Some of the finest selections from her collection will be traveling to Monthaven.

Notable among the designs appearing at the MACC is “The Falcon,” a gorgeous silk crepe gown created by Catherine Walker, Princess Diana’s favorite designer. She wore this gown in 1986 to visit the King of Saudi Arabia. The gown’s name derives from the elaborately embroidered falcons that encircle the garment in flying formation. Another unforgettable gown appearing at the MACC is “Spanish Dancer,” a plum-colored design covered in black lace that was created by Victor Edelstein. The Princess of Wales wore this gown during a 1987 trip to Hamburg, West Germany.

As America’s preeminent bridal couture designer, Kerr has created a glorious replication of Princess Diana’s wedding gown. This gown is virtually identical to the one Princess Diana wore on her wedding day in 1981 and consists of a detachable train (25-feet long by 12-feet wide), bridal veil, and bodice featuring rare, authentic English Carrickmacross antique lace covered in pearls. Other objects coming to Monthaven include one of Queen Victoria’s rare Honiton lace shawls, with a special corner inscription to Napoleon Bonaparte, along with the fabulous gown that Wallis Simpson, the Duchess of Windsor, wore to President’s Nixon’s second inauguration in 1973. The Private Royal Collection will also have on display breathtakingly beautiful copies of Simpson’s and Jacqueline Bouvier’s wedding gowns, original wedding dresses from the Victorian Period, the “BEAUTIFUL” dress that Pat Kerr created for Estée Lauder, and much more.

Timed entrance tickets for The Elegance of Royal Fashion at the MACC are available for purchase online at monthavenartsandculturalcenter.com for $20 per person. Proceeds from ticket sales support the MACC’s art exhibitions as well as its various arts education and outreach programs.

Monthaven Arts and Cultural Center is a 501(c)(3) tax-exempt organization conveniently located off Gallatin Pike just three miles east of Rivergate Mall. The place serves as a haven for the arts, hosting major art exhibitions throughout the year. It also offers classes and summer camps on art and film for children and adults, and it sponsors numerous arts outreach programs for underserved children and adults, and military veterans suffering from PTSD and TBI.
Contact
Monthaven Arts & Cultural Center
Cheryl Strichik
(615) 293-3767
www.monthavenartsandculturalcenter.com 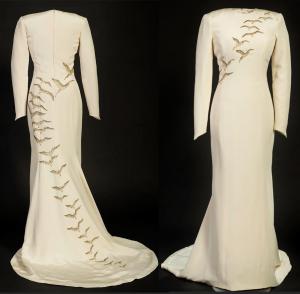 Crepe with gold-colored and transparent sequins, lined in silk. Created for the Prince and Princess of Wales' trip to Saudi Arabia. The Pat Kerr Private Royal Collection.