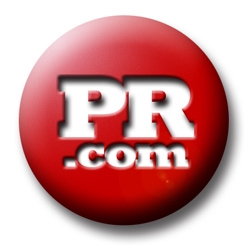 In “Ralph Nader Goes to Washington... Again - The PR.com Interview,” Kugel questions Nader about the following statement on his campaign’s website, “Prominent Constitutional law experts believe President Bush has engaged in at least five categories of repeated, defiant ‘high crimes and misdemeanors,’ which separately or together would allow Congress to subject the President to impeachment under Article II, Section 4 of the Constitution.”

When asked about this statement by PR.com, Ralph Nader replies, “That’s simple, applying the constitutional responsibilities of the Congress. This is the most impeachable Presidency in American history.”

When asked by Allison Kugel if he believes George W. Bush and Dick Cheney are criminals, Ralph Nader replies, “Yes, of course. They’re war criminals. That’s easy to document. They violated the UN Charter. They didn’t get a declaration of war from Congress. They violated The Geneva Conventions. They’re systematic torturers. That’s been well documented by the press, and that violates federal law. It violates the constitution. It violates the U.S. Army and the Geneva Conventions. So, that’s two. They arrested thousands of Americans and put them in jail without charges; habeas corpus down the drain. That’s three. Fourth is, they’ve spied on thousands, maybe millions of people without warrants and that’s a five year jail term under FISA Act. And five, [George W. Bush] signed eight hundred signing statements when he signed bills into law, more than all other Presidents combined, in effect saying, ‘I’ll decide whether I’m going to obey this law or not.’ So, you have at least five major categories of continued impeachable offenses. This is not like a one time thing, Watergate burglary with Nixon or lying under oath about sex like Clinton. This is defiant, sometimes even admitting the spying and the torture, which they call ‘severe interrogation.’ These are defiant, continual, recidivistic war criminals, constitutional criminals and statutory criminals. They should have been immediately impeached and convicted in the Senate the moment the Democrats took over. But, the Democrats have taken impeachment off the table. Barack Obama has taken it off the table, Hillary Clinton has taken it off the table, and of course John McCain doesn’t want it on the table.”

To read this interview in its entirety go to http://www.pr.com/article/1100 or go to PR.com and click “Articles.”