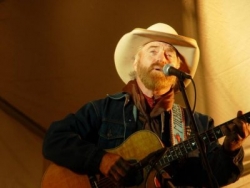 But you can only get there by train.

Get on board for an adventure sweeping through alpine meadows and wildlife refuges to an unspoiled mountain pass and experience an outdoor concert in natural territory as it existed centuries ago.

Announced recently that 16 country concerts will be staged across four consecutive weekends, Friday, July 10 through Sunday, August 2, the Rio Grande Scenic Railroad is offering a combination ticket from Alamosa to Fir ($39) or from La Veta (near I-25) to Fir ($29), for a limited time. The combo ticket includes a roundtrip train ride and afternoon admission to the Mountain Music Show, where Michael Martin Murphey will feature new guest stars at every performance.

Making it even easier to bring the whole family, a special 2-for-1 promotion was announced last week offering two tickets for the price of one with a promo code advertised on TV, radio and in newspapers.

The combination tickets are limited to each show and can be reserved online at www.riograndescenicrailroad.com or by calling 877-726-RAIL from 7 a.m. – 7 p.m. (MST).

Fir is a slice of mountain heaven located at a natural amphitheater only accessible by the Rio Grande Scenic Railroad. Passengers will enjoy an afternoon of electrified country music on stage at 9,200 feet. In addition, the views traveling to, from and around the concert area of the Sangre de Cristo Mountains are breathtaking and offer a Colorado experience that few people get to see.