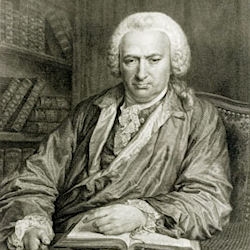 Henderson, NV, April 07, 2010 --(PR.com)-- About a year after being diagnosed with Macular Degeneration, a 93 year old woman began to see strange images characteristic of those with mental illness. After several brain scans, her doctors found no physical reason for her hallucinations and sent her home without an explanation.

Still plagued by recurring visions, she turned to the Internet to discover a little known syndrome affecting people with low vision discovered in 1769 by Charles Bonet.