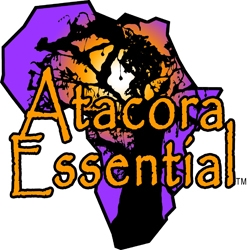 Olympia, WA, December 28, 2011 --(PR.com)-- Atacora Essential is a Fair Trade business based on indigenous botanicals (primarily the Baobab tree) in the Atacora region of Benin, West Africa. Founded by David Goldman in 2009, this company is seeking to empower rural African communities by revaluing sustainable natural resources and providing fair wages and prices for raw materials. Goldman's experience has provided insight on best practices for social entrepreneurship in Africa. Here, he shares some valuable lessons he has learned in the process. http://www.atacoraessential.com

"I lived in Boukombe, Benin for a few years as a Peace Corps Volunteer in the 1990s, so I had some relevant understanding of the culture and society when I came up with the idea for Atacora Essential. I also had known many influential local actors for 20 years with whom I could collaborate. These fundamental relationships have proven to be the single most important factor in building the interconnected web necessary to start such a business venture. Building and maintaining frank, personal relationships with African collaborators is the keystone for successfully navigating the complexities of this vastly different environment and culture."

"I had shared the foundations of trust and the desire to promote sustainable development with my two primary collaborators, Antoine Wema and Jacob Ghanaba, since we worked together 20 years earlier. They are both native to the area, and know everyone from farmers to Chiefs to local government officials. This set the stage for further relationship building that would be necessary to advance our business and social agenda. They are also politically connected, and have relations with representatives of key government agencies such as Customs and Law Enforcement. The network of people they know throughout the country enables us to tackle difficult logistical situations."

Goldman explains that, "understanding and respecting local customs and societal values is crucial to building relationships. I am an American, and it would be easy for Beninese people to pin me as an outsider and treat our interaction on the basis of assumptions often applied to foreigners. These assumptions or stereotypes are difficult to confront and even more difficult to dispel."

"I believe that, due to decades of international development ‘projects’ it is often assumed that an American or European is coming with very deep pockets to gratuitously build hospitals, schools or wells, etc., and pay people handsomely for activities that do not generate income. In fact, this history of ‘projects’ has created a mentality of disenfranchisement where all progress and development is believed to necessarily come from external sources. Getting to know people well enough to effectively explain that is largely within their own power and based on their own effort and resources that they can truly own their own future is key to building a successful venture."

Goldman adds that, "when a foreigner does not seek to integrate with local people and shows a lack of cultural understanding, it can reduce the transparency with which people treat interactions with him or her. Eating and drinking with locals in their homes, learning their language, attending their ceremonies, working in their fields and loving their children go a long way toward creating an understanding that will help further a business venture and establish an organization as a vital community member."

Despite his experience in the region years before, it was difficult to determine what was possible in terms of starting a business. "Certainly, I had ideas about how to proceed, but I realized that my collaborators better knew the intricacies of procurement, logistics, land tenure, recruitment and inter-organizational functions that would be necessary to turn ideas into actions. Not to mention they had a lot of ideas themselves. This realization gave rise to the idea that they were more than collaborators; they were partners. Providing them with a sense of ownership of the whole endeavor by being inclusive in decision making, finance and management proved to be a decisive factor in moving things forward. This was the birth of Atacora Essential’s unique Fair Partnership model."

"We needed to determine which natural resources were marketable for export, sustainable and procurable. Baobab Fruit Pulp seemed the most likely candidate. The nutritional value, flavor and abundance of this superfruit seemed to indicate that it would work nicely in the US and European markets for natural health and wellness products. Neem Oil also seemed a likely candidate for its skin care and organic gardening uses. My team knew where to get the raw materials, and what it would cost. I added that we would need to adhere to Fair Trade guidelines and prioritize women’s empowerment, as Atacora Essential's identity was based on its ethics and social mission."

Goldman and the Atacora team realized that in order to ensure quality and hygiene, they could not simply purchase products on the open market where they could not control production methods. "We had to purchase whole Baobab Fruit and do the transformation work ourselves, so we recruited a women’s group and built a facility with our own hands on one of my partners' land. My partners agreed that we had to be careful not to provoke jealousy in the villages we recruited from, as this is a most destructive fact of indigenous culture. Thus, we offered each household one employed position in order to spread the wealth and avoid the conflict that might arise from favoritism."

There were some cultural challenges in procuring raw materials. "Since whole Baobab Fruit had never been traded locally, we needed to determine whether this was a viable approach. My partners and I reasoned that if we offered a per kilo price that approached what could be earned for fully transformed products in local markets, producers would get on board. In fact, they were delighted with the prospect, since it saved labor and guaranteed cash on-the-spot, rather than depending on weak and fickle markets."

Purchasing Neem Seeds also helped in the development of Atacora Essential's novel Fair Partnership model. Neem trees are very common in schoolyards, other public places, along roads and near houses. Typically, the seeds fall to the ground and are swept up and burned as litter. Despite their intrinsic value for health and agriculture, there had never been any market value at all. "By paying for this undervalued resource, we empower people to improve access to health care, education and nutrition, and also impart value to preserving trees," Goldman adds.

"The realization of our supply chain is a direct result of the strength of the web of relationships that defines Atacora Essential. The sense of ownership conferred by the Fair Partnership model encourages creative design and careful stewardship on the part of our Beninese team, without which advancing the endeavor would be much more difficult."

"I have never met harder working people than African women," says Goldman. "Lack of access to health care and the lack of scholarization among girls has left this sector of the population economically marginalized and further rooted poverty in the society. We determined that establishing a Co-op with bargaining rights and guaranteed wages based on Fair Trade standards would work toward lessening the inherent inequality in the system. It took a while for the ladies to understand that Atacora Essential was not a ‘project’ per se, but a business that depended on their diligence for their own and their communities’ good. They quickly saw the results directly in their pockets, and their households and villages received the benefit immediately."

"Establishing Atacora Essential as an integral member of the regional and national communities in Benin is an ongoing effort that has greatly furthered our capacity to operate. We raise awareness of our model and activities by going on the radio and getting published in the Beninese press. Maintaining relationships with government actors and registering as an official Non-governmental Organization have opened opportunities such as exhibiting at African trade fairs and gaining traction in the urban African market. We are now widely recognized as an effective actor in the development community as well."

Neglecting the importance of relationships

Goldman saw the crucial value of Atacora Essential's inclusive, relationship-based approach when confronted with a story of failure by another entrepreneur. "I was in negotiations with an American businessman to create value-added products from Baobab Fruit Pulp. He definitely saw the profit potential of such an endeavor, but absolutely would not buy in to any sort of social mission. He had worked in West Africa before as a consultant for a large US government agency, and saw potential for locally produced products in the US market. He had invested a million or so dollars in a business venture in a different country and wound up getting taken to the cleaners and losing everything. People took the money and appropriated the equipment he furnished for their own purposes. Corruption also took its toll."

"This man explained to me that he stayed in fancy hotels in Africa, disdained government relations and had no interest in partnership or getting to know African collaborators on a personal level. This made me realize that these lessons I have learned might well have saved him significant suffering and helped his venture to succeed. One thing for sure, throwing money at poverty is no way to defeat it. Social change can only be sustainable if it is driven from within communities and is manifest in a sense of ownership of their future. Using the market as a development tool is more sustainable than aid based projects. Done with people and the environment in mind, profitability is sustainable development."

10 Reasons You need Baobab in Your Diet

Baobab Fruit Pulp is THE prebiotic superfruit. Superior nutrition from the African Tree of Life, and a vehicle to fight poverty.