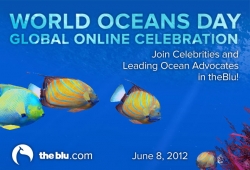 Venice, CA, June 08, 2012 --(PR.com)-- What: OceanElders, WildAid, and theBlu.com are holding a global online celebration at theblu.com, in honor of World Oceans Day, June 8, 2012. Entitled, "If You Love The Ocean, Download It!" Interested parties are encouraged to start registering immediately to ensure best interaction with the celebrities and leading ocean advocates expected to participate.

The event will unite individuals, communities, and organizations all over the world in a globally shared moment celebrating the beauty and significance of the world's ocean. On June 8, the "Big Blu" whale, created by Academy Award winner Andy Jones (for Avatar), will be seen for the first time, and Ambassador Species sponsored by WildAid and OceanElders will be available for purchase. They suggest participants download now and log in early on June 8th.

Details: theBlu is an easy-to-download app for Mac and PC, available now at theblu.com

Celebrating #worldoceansday following Big Blu whale around the world! @intheblu If you love the ocean, download it! theblu.com

If you love the ocean, download it! theblu.com Connecting with amazing people across the globe @intheblu. #worldoceansday

About theBlu: (www.theblu.com) TheBlu "app" was launched in Times Square on May 4, 2012 with interactive shows on the large NASDAQ and Reuters video screens. http://youtu.be/yLKR2-43D-M TheBlu is produced by Wemo Media, an entertainment studio based in Venice, California, and 2012 winner of the SXSW Accelerator Award for best entertainment start-up. The company was co-founded in 2010 by Neville Spiteri, a media creative executive formerly at EA, Square and Digital Domain, and Scott Yara, a successful repeat entrepreneur and president/cofounder of EMC|Greenplum. The team includes Andy Jones, Academy Award® winner for Avatar, and on the board of advisors, Joichi Ito, Director of MIT's Media Lab, and Sylvia Earle, Time Magazine's Hero of the Planet. Additionally, as a global social art and entertainment project, Wemo Media's "theBlu" team includes a growing community of artists, animators and developers worldwide. 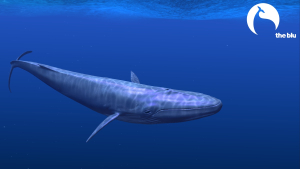