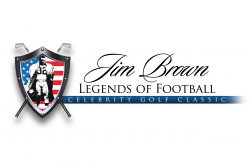 “It is an honor to be among this football royalty and initiate a discussion on some of the most important topics in the NFL,” Tirico said. “As a fan it will be great to hear the panel’s views on some very pressing League issues.”

Jim Brown commented, “I am very appreciative that many of my friends and NFL greats will share their time to benefit inner city kids across America. I want to personally thank ESPN, the NFL and everyone involved for elevating our event and for helping us make a greater impact on society.”

“This is the kind of compelling content ESPN is known to deliver to fans across all of our platforms,” said Senior Vice President, ESPN Audio Mo Davenport. “The NFL is facing a variety of issues, and this collection of NFL legends can shed some very important historical perspective on today’s game.”

Proceeds from the event will benefit Jim Brown’s Amer-I-Can Foundation which promotes programs all across the country that help the most at-risk individuals take charge of their lives so they can reach their full potential.

About
Jim Brown’s Legend of Football Celebrity Charity Golf Classic will be played at The Audubon Park Golf Course in New Orleans on Friday February 1st during Super Bowl Weekend. Some of the greatest NFL players of all-time and other A-list celebrities will participate. All proceeds from the fundraising event will benefit the Amer-I-Can Foundation. For information on the tournament, sponsorships or foursome availability, visit www.legendsoffootball.org.

Amer-I-Can is a national program and movement founded in 1988 by Jim Brown to empower individuals to take charge of their lives and achieve their full potential. The program goal is to help enable individuals to meet their academic potential, to conform their behavior to acceptable society standards, and to improve the quality of their lives by equipping them with the critical life management skills to confidently and successfully contribute to society. For more information go to www.amer-i-can.org

ESPNRadio.com is the most listened-to live stream of any terrestrial broadcaster in the world -- reaching more than 1.7 million unique listeners per month (source: Ando Media). ESPN Podcasts are reaching 358 million downloads through the ESPN PodCenter and iTunes (a year-to-year increase of more than 129 percent), including its most popular podcast “The BS Report with Bill Simmons.”