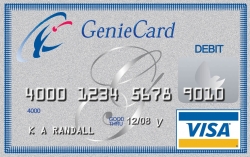 Las Vegas, NV, July 27, 2007 --(PR.com)-- EasyTel.Net announced today that they are launching a new class of local communications service connecting their subscribers across the Atlantic Ocean

“We’re talking about far more than just low-cost calling,” said Thomas Skala, CEO of EasyTel.Net. “Our new service lets people have a single, direct presence in any combination of the US, the United Kingdom and soon Canada.”

For several years, EasyTel.Net has enabled low-cost International calling with its network of Public Access Numbers or its unique Call Back system. Customers with a “Genie” account on the EasyTel.Net system could be reached by calling local numbers overseas, and then entering a code number to reach the subscriber.

“But that’s all changing,” explained an enthusiastic Skala. “Now, our subscribers can have their own, individual local numbers in any of these three countries, all of which connect to exactly the same central system.

“For many years, companies have had letterheads saying things like, ‘San Francisco, London and Toronto.’ Now even the smallest company can have local numbers there, without needing to have a local office. For as little as $5 per month, someone based in Chicago could also have a number in Manchester that connects British callers to Chicago – as a local call.”

The service also allows subscribers in any of the three countries to make calls anywhere in the other two for as little as 2 cents per minute. Calls to mobile phones in the UK vary based on the cellular provider.

“Anyone who is a transplant to this country – or one of the others – will love that,” Skala went on. Get a number back in Aberdeen, Scotland to go with the number you already have in Aberdeen, Washington. Instantly, you and your entire family can reach each other for virtually nothing.

“Whether for business, family or just the fun of it, you can now ignore the Atlantic Ocean. EasyTel.net eliminated it.”

EasyTel now provides local coverage in most US markets. Across the nation, in over three thousand cities and communities, spanning 115 area codes across 1343 rate centers, in twenty-seven states and Washington, DC, and can be reached by approximately 80% of the population in the United States as a local call. Through the use of a touch-tone telephone or the internet. No other equipment is necessary.

InfoUSA, a Nevada corporation, is a publicly owned company, created to integrate telecommunications, electronic banking and internet services into one seamless service.

InfoUSA embarked on a mission to design and fully develop a proprietary technology, both hardware and software, which integrates three powerful technologies; Telecommunications, the world’s most universal and interactive communication medium; Electronic Banking, the key to electronic commerce; and the Internet, the world’s most powerful information medium as one seamless service. InfoUSA has four main subsidiaries, EasyTel.Net, EasyTel International, Genie Bancor.Com, and the Universal Office Corporation, all of which operated jointly to achieve InfoUSA’s mission.
Contact
EasyTel.Net
Adam Moore
800-850-5500
www.universaloffice.com