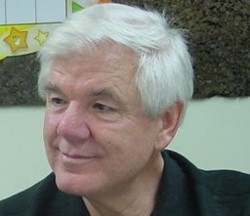 Columbus, OH, February 08, 2013 --(PR.com)-- He made a business out of picking it up for 10 years, and has spent the last 15 years helping others do the same. The “it,” in this case, is dog poop. It was February of 1988 when Matthew (formerly Roy) Osborn first started his dog waste cleanup service. With almost no money, he was holding down two jobs to support a wife, a 3-year old daughter, and a baby on the way. Some people called him crazy. Danny Russell, an editor for Suburban News Papers, called him an “ideas man” and wrote, “He would be wasted on anyplace but the land of opportunity.”

At times he would encounter odd requests - yes, even odder than his usual business. Besides cleaning up after pet dogs in back yards and apartment complexes, he strayed into cleaning up after geese, cats, a horse, and even some monkeys. When an employee balked at a request to “take care of” a 55 gallon drum of dog waste and rainwater that a prospective customer had been accumulating for some years, Osborn took the job, saying “I wanted to be known as the service that would take care of this kind of problem. If they couldn’t call us to do it, who could they call?”

Over ten years he built the business from a mere idea into a successful enterprise serving hundreds of clients each week. He hired several employees to drive a fleet of pickup trucks around the county, cleaning up and disposing of literally tons of dog waste every month. People began hearing about it far from Ohio and Osborn was receiving calls from people across the country, asking him how to get into the business for themselves. To meet the demand for these requests, the self-styled “entremanure” began writing a how-to manual.

1n 1998 Osborn sold the scooping service for over $200,000 and self-published his book, “The Professional Pooper-Scooper: How to Start Your Own Low-Cost, High-Profit Dog Waste Removal Service.” A year later he was dubbed “America’s doo-doo guru” in the book “Nice Job! The Guide to Cool, Odd, Risky and Gruesome Ways to Make a Living,” (Lookout Media, Ten-Speed Press). He gained attention from far and wide and was featured in an article on the front page of the Los Angeles Times, a telephone interview with the BBC in London, and a story in a German newspaper, as well as many other newspapers and radio shows. In 2001 Scott Simon, host of NPR’s Weekend Edition, compared him (even if slightly tongue-in-cheek) to Thomas Edison and called him “… a visionary, a magnate… a prophet -- at least he succeeded in turning a profit in the pet waste removal business.”

The pooper-scooper turned author reckons he has sold “a few thousand” books over the years and says, “It’s very gratifying when people tell me how their lives have changed because of what I do, like the woman who was living in her car and built a successful business because of this. Or another woman who told me that she had couldn’t find a job but was able to do this to provide for her family, and even buy a home and put her daughter through college. It feels really good to hear those stories.”

As Osborn admonishes hopeful entrepreneurs to “provide something of value,” he runs a free Scoopers & Friends forum at his website, Pooper-Scooper.com. It’s a space where people currently in the business, and those thinking about getting into it, discuss the common issues of small enterprises as well as the unique problems of the occupation, including the (now somewhat-settled) rake-versus-shovel controversy and the occasional query about cleaning cat boxes on the side. There’s also a directory of scoopers on the website, where dog owners and apartment managers can find services to clean up after dogs.
Contact
Pooper-Scooper.com
Matthew Osborn
614-535-5726
www.pooper-scooper.com