According to the Pew Research Center, fully 37% of 18- to 29-year-olds are unemployed or out of the workforce, the highest share among this age group in more than three decades. The most recent report reveals “that young people who graduate from college in a bad economy typically suffer long-term consequences — with effects on their careers and earnings that linger as long as 15 years.”

The American Dream Revised was created in response to the alarming statistics concerning Millennials and the work force. In spite of facing staggering unemployment numbers, Millennials are a generation of entrepreneurial workers who crave the opportunity to do work that matters to them. The American Dream Revised gives young people the tools they need to take their careers into their own hands as business owners.

In addition to the inspiring series of videos, The American Dream Revised offers a free downloadable guide, the Revise the Dream Blueprint, created in partnership with the Young Invincibles, a Washington, D.C.-based advocacy organization for Millennials. The 45-page guide, the Revise the Dream Blueprint, offers tools and information on starting a business including choosing the right business structure, forming partnerships, closing deals, and other startup issues. The American Dream Revised further extends with a series of virtual think tanks hosted in partnership with social video platform, Spreecast.

The series follows Caleb and Jen Wojcik, Stacey and Scott Ferreira, Charlie Fyffe, and David Stankunas as they share a behind-the-scenes look at what it takes to start and grow a business. The hand-picked Millennials bring different experiences and perspectives to the journey of entrepreneurship. “Our cast will not only impress you but inspire you,” notes executive producer Bridgette Wright.

“Entrepreneurship is a hot topic right now, but there needs to be more access to specific strategies and techniques for getting started. We’re delivering that in an engaging way with The American Dream Revised,” said creator, director, and executive producer Lisa Nicole Bell. “It’s not about the hype of owning a business. It’s about starting something that can provide a viable alternative to unemployment and underemployment.” Furthering their mission to empower new entrepreneurs, the producers forged partnerships with complementary organizations such as Empact and Young Female Entrepreneurs.

About Bridgette Wright and S6xth House Entertainment
Bridgette Wright is a film producer and content creator. She is founder and CEO of S6xth House Entertainment, a film production company located in Los Angeles that specializes in creating thought provoking, highly original films that not only entertain but inspire. Bridgette has worked with A-Listers like Bobbly Cannavale and Jessica Biel. Bridgette studied screenwriting and film production at UCLA and is currently developing her own projects.
Contact
Inspired Life Media Group
Lisa Nicole Bell
818-644-1984
www.inspiredlifemediagroup.com 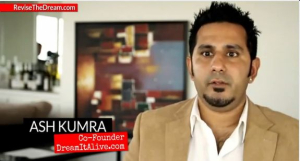 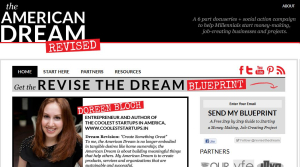