Why is a TV News Anchor Answering the Absolutely PR Phone?

Denver public relations consulting firm, Absolutely Public Relations, seems to have a new receptionist answering the phone. ut, one moment please, is that a new employee? No, it’s CBS4 Anchor Jim Benemann making good on a silent auction prize he donated to the Denver Press Club (DPC) for the 2007 Damon Runyon event in June. It’s all in fun and all for a very good cause at the Denver Press Club. 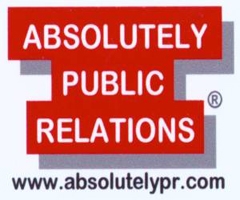 Denver, CO, August 16, 2007 --(PR.com)-- Denver public relations consulting firm, Absolutely Public Relations, seems to have a new receptionist answering the phone. But, one moment please, is that a new employee? “No, not at all,” Maggie Chamberlin Holben, APR, owner and founder of Absolutely PR, explains. “It’s CBS4 Anchor Jim Benemann (http://cbs4denver.com/bios/local_bio_115004037.html) making good on the silent auction prize he donated to the Denver Press Club (DPC) for the 2007 Damon Runyon event.”

“It’s all in fun and all for a very good cause at the Press Club,” Holben, a DPC member for a number of years, says. “The DPC funds scholarships for university journalism students, fostering the best in student journalism. Awards at this year’s event included the Runyon Scholarship Awards and Al Nakkula Police Reporting Award.”

About The Denver Press Club

Located at 1330 Glenarm Place in the heart of downtown Denver, the DPC is available for private rentals for events such as weddings, birthdays, anniversaries, press conferences and corporate meetings. For more information, contact the manager Carmen Green at 303-571-5260 or e-mail at denverpressclub@qwest.net. The website for the club and its extensive event roster is http://www.denverpressclub.org.

* Baxa Corporation’s media relations campaign, begun in 2003 and managed by Absolutely PR since, has exceeded 27 million in circulation reach/impressions and more than $537,000 in dollar value based on ad value equivalency metrics. Absolutely PR is participating in its fifth media relations contract with Baxa Corporation for consulting services in 2007.

* In Holben’s role as a board member of the Colorado Bioscience Association (CBSA), she serves as chair of the association’s Communications Committee and assists with media relations efforts for the organization. In 2006, 113 placements were recorded for CBSA (up from 28 in 2005). The 2006 CBSA media relations campaign exceeded 7 million in circulation reach and more than $94,000 in dollar value based on ad value equivalency metrics.

* Holben was named CBSA “Partner of the Year” at the annual awards dinner held last year in conjunction with the 2006 BioWest Conference & Expo. In presentation remarks, Rob Reuteman business editor of the Rocky Mountain News and master of ceremonies for the event. shared these comments on behalf of CBSA: “Holben, founder of Absolutely Public Relations, has worked tirelessly to promote the Colorado bioscience industry message to local and national media. Holben works her public relations magic to promote coverage of Colorado events and industry news. Moreover, she chairs the CBSA Communications Committee, serves on the CBSA Board of Directors, and helps to organize incoming press delegations. She coordinates the industry’s media initiatives with CBSA partners, such as the Metro Denver Economic Development Corporation. As a media consultant, Holben represents several of Colorado’s leading bioscience companies. Due to Holben’s professionalism and effort, Colorado’s bioscience industry isn’t such a secret anymore.”

* Further last December, Maggie Holben was interviewed and quoted as a PR expert by the Rocky Mountain News in an article about Congressman Tom Tancredo and using controversy as a PR tactic. Holben’s expert profile and related links are found at http://expert411.com/_wsn/page2.html.

* Holben’s PR articles are also posted on the national Evan Carmichael "Motivation and Strategies for Entrepreneurs" website, found at
http://www.evancarmichael.com/Public-Relations/239/summary.php.