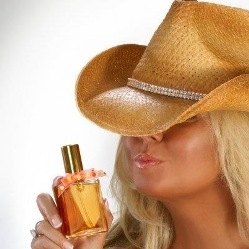 Ft. Lauderdale, FL, December 05, 2013 --(PR.com)-- Toni Lynn Starr, Founder and CEO of FanAddict Female™, will be attending the 1st Annual “Triumph Over Tragedy” Celebrity Autograph & Auction in Las Vegas, Nevada. The star-studded event is slated for Friday, December 13, 2013, from 1-3 p.m. in the Marquee Ballroom at the MGM Grand.

The fundraising event will benefit the Triumph Over Tragedy Foundation, a nonprofit organization whose mission is to support the family unit, through biblical principles, from the initial impact of a tragedy or illness to the ongoing circumstances faced in years to come. The Autograph & Auction coincides with the 2013 National Finals Rodeo being held December 5-14 in Las Vegas.

Starr, whose FanAddict Female™ brand offers fun-filled music and merchandise for female race fans, is among the celebrities who will meet with fans and sign autographs at the event. The autograph session will be followed by a live auction, including a FanAddict Female™ gift basket valued at over $500, donated by Starr.

“Triumph Over Tragedy is excited about our first annual event at the 2013 National Finals Rodeo held in Las Vegas,” said Reggie Jones, cofounder of the nonprofit organization. “We are overwhelmed at the reception we have received from MGM, NRS [National Roper’s Supply], and the host of athletes and celebrities taking time out to support the foundation and the work we are doing for spinal cord patients and their families. We would like to thank Toni Lynn Starr for her willingness to support Triumph Over Tragedy with her platform, donation of an auction item, and attending our event on December 13 in Las Vegas.”

Prior to the Autograph & Auction event, Starr will be attending the American Country Awards at the Mandalay Bay in Las Vegas on Tuesday, December 10. Multi-platinum recording artist Trace Adkins and NASCAR star Danica Patrick are co-hosting the awards show, which will be broadcast live on FOX from 8-10 p.m. ET.

For more information on the Triumph Over Tragedy Celebrity Autograph & Auction, visit www.givetotriumph.com.

About Toni Lynn Starr: Toni Lynn is a singer, songwriter, producer, spokesperson and entrepreneur. Her fun, female empowered, race fan themed CD, FanAddict Female Party!, includes a duet with country music legend Mel McDaniel of a song entitled, “Junior’s Got His Blue Jeans On.” The CD was co-produced by Starr and multi-platinum engineer and Grammy winning producer Mark Capps. Starr is Founder and CEO of FanAddict Female™, a line of merchandise for female race fans. Visit www.fanaddictfemale.com for more information.