Filmmaker Draws from Experience as a Mentor with New Novel

Filmmaker seeks to use crowdfunding and new novel to finish film about the importance of black men mentoring young black boys. 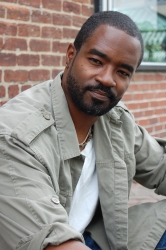 More than a dozen supporters including family members, colleagues, and the general public, have pledged to help show the flawed and selfish how to make a difference. The book that started it all is now being released and has a unique style of its own.

An Indiegogo campaign has been launched to secure the necessary $28,000 budget to independently produce a short film by former in-home counselor and first-time filmmaker William Hobbs. Titled North of the Grove, the film’s producer earned a doctorate in creative writing from Florida State University and has taught the discipline at the collegiate level for nine years. In order to raise more awareness for the project, he has recently published the novel he wrote that inspired the film. North of the Grove, the novel, is available on amazon.com.

North of the Grove follows Howard Capelton, a black, educated, middle-class man from Pembroke Pines. The more than reluctant father to be and avid jogger seeks to stop running from his demons by trying to save the life of a young boy struggling with his single mother in a Coconut Grove housing project.

Hobbs calls the novel experimental in that is tells the story through an epistolary style used in novels like The Color Purple, where the story is written through a series of letters. In North of the Grove, the novel gives the style a millennium feel by using facebook instant messages, texts and emails between the characters. Hobbs looks forward to upcoming book signings to read passages at the book signing. “Although it’s not a long book, the style makes for an even faster read and you’ll feel as if you’re spying into people’s phones or computers.”

With other independent short films like The Magic City and full length features like The Inevitable Defeat of Mister and Pete garnering acclaim, the issue North of the Grove explores of children surviving with little to no guidance is timely. North of the Grove stands out from the others in that it explores what affects not only the child but those who appear to go against better judgment in order to help.

“There are people who recognize the growing issue but are unsure of whether they are equipped or have the time needed to make an impact. Howard deals with all of those concerns and more.” Hobbs states that in discussing his project with others, many men admit to not becoming involved because of delicate situations that don’t appear to offer clear solutions and, therefore, leave them open to criticism. Others feel overwhelmed at home and are unsure of where to draw a line between sustaining their own family and trying to save someone outside of it.

Hobbs understands the challenges, yet insists they must be addressed. “Although Hollywood and the media push single motherhood to not only be accepted, but in many cases, exploited, more projects need to show that having a male role model as a positive influence is critical for children.”

Hobbs acknowledges concerns with the character of those in mentorship. “It was the primary reason having someone as conflicted as Howard adds such depth to the story. To bother or not to bother when it comes to mentoring is at the heart of so many issues. "North of the Grove" helps us roll up our sleeves and start progressive dialogue with our neighbors.” The book has been published by Meroen Press, Hobbs' publishing company.

If you would like to contribute to the film, please visit North of the Grove’s Indiegogo page by clicking the link: www.northofthegrove.com 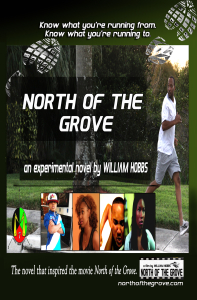 North of the Grove book cover

North of the Grove book cover