Master Ron Tramontano announced today that he is planning a Shark Tank "fishing expedition" to raise $250,000 for his Virtual Martial Arts Competition. 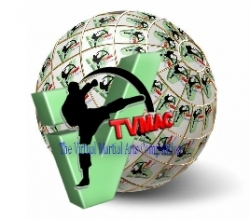 Boca Raton, FL, April 24, 2014 --(PR.com)-- In a brief interview today, Master Ron Tramontano announced that he is in the running to bring his popular Virtual Martial Arts Competition to the ABC reality series, "Shark Tank".

The critically-acclaimed business-themed show, Shark Tank, has the Sharks searching for the best businesses and products that America has to offer. The Sharks - tough, self-made, multi-millionaire and billionaire tycoons - give budding entrepreneurs the chance to make their dreams come true and potentially secure business deals that could make them millionaires. They are: billionaire Mark Cuban, chairman of AXS TV and outspoken owner of the 2011 NBA championship Dallas Mavericks; real estate mogul Barbara Corcoran; "Queen of QVC" Lori Greiner; technology innovator Robert Herjavec; fashion and branding expert Daymond John; and venture capitalist Kevin O'Leary.

Master Tramontano is looking for the next generation of martial arts school owner with an open mind when it comes to creative ways of making more money in their schools. He feels that an investment from the Sharks will help him to achieve his goal of bringing his Virtual Martial Arts Competition to the world.

School owners who look over this deal will have to admit it is ingenious in both its concept and execution. The program is designed not to interfere with what the martial arts school owners are already doing in their schools, but instead is designed as non-intrusive and runs parallel with existing school operations. Master Tramontano offers advice to school owners looking to increase revenues for their schools by being available 24/7 for questions and help.