ARIDO Jewelry will present Kelsey Scott with the GEM Award for her role in the Oscar winning film 12 Years A Slave, during a private dinner party in New York City, July 2, 2014. 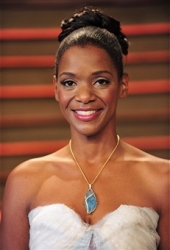 Mahanttan, NY, June 23, 2014 --(PR.com)-- Kelsey began her career in Atlanta's theatre scene, as a child. She made her foray into television as Robert Guillaume's daughter on his self-titled ABC sitcom, The Robert Guillaume Show.

Since then, the exponential growth of Kelsey's credits has included a wide range of projects, such as Grey’s Anatomy, True Detective, House M.D., NCIS, Army Wives and The Young and the Restless. She currently appears opposite Chiwetel Ejiofor in director Steve McQueen's 12 Years A Slave.

Fine Art jewelry created with the highest quality gems and precious metals in the world. Unique custom designs with viewings available by appointment.

Founded by a scion of a family of jewelers dating back to the 11th century and a world class designer with a background in fashion, art, and history.