So Much for Futuristic Droids: PicoCluster Boasts World-Changing Robot

The company’s own supercomputer will address problems in our galaxy and, for the first time, will be unveiled in early January at global trade show in Las Vegas 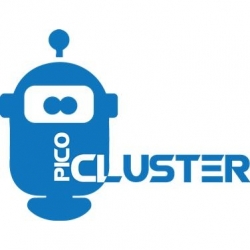 Enough looking at the stars.

In the City of Lights, the world’s problem-solvers are about to be lit up by a truly enlightening robot, available to the world only through a dynamic data center.

PicoCluster, LLC will demo the Raspberry PI 2 cluster, or Pico, Jan. 6-9 at the Sands, booth 70974, at the International Consumer Electronics Show in Las Vegas, Nev.

Pico is a never-before-seen supercomputer that will redefine education and big data. He signals a new space in big data hardware, as now there is a completely new educational platform for big data and computer programming.

“Our world has so many problems. People can fix them. But they need tools. We have one – an important one,” said Craig Brown, PicoCluster founder and CEO. “This is a new market segment – nothing exists like it commercially.”

Folks are invited to visit www.picocluster.com for information about PicoCluster and its products and to pre-order Pico.

What can Pico do?

Pico, which, aside from coming in plushy form, is the largest supercomputer of his kind. He allows a user to run multiple big data applications at the same time. He can be used to learn all types of IT skills, including programming, quality assurance, and operations.

Since Pico is made up multiple physical computers coupled together via a network, a user can learn how to program and utilize clustered systems in a way that no other such device allows. As that happens, a user can even have a visual and tactile experience with the robot. Pico features an accessible network and activity lights.

“PicoCluster offers a different kind of learning tool,” Brown said. “Most people understand better when they can interact with working devices. This is one of the reasons that robotics is so interesting. You can see the excitement in people’s eyes when they are able to a have tiny robot respond to and interact with them.”

PicoCluster LLC is a personal data center that seeks to set a standard for what it means to remove barriers to learning and operating big data software. It is doing so as a society realized a future of parallel and distributed reporting and the Internet of Things, where thousands of tiny machines communicate and process data together, and generally, work together to solve problems. It has built a training site specifically geared for its products, which includes lesson materials. It offers an open-source app store; in connecting clusters via nodes, or runtime environments, to the same network. And it has designed its products for enterprising standards. It is making its hardware, case designs and software available on GitHub and offers other types of supercomputers for pre-order on its website. Its supercomputer, “Pico,” also comes in plushy form. For more information and to pre-order Pico with a single click, visitwww.picocluster.com.
Contact
PicoCluster LLC
Craig Brown
801-680-7300
www.picocluster.com