Assigned in senior finance executive roles at the leading companies of its sectors for a huge part of her almost 25 year business experience, Nevgul Bilsel Safkan will be responsible for the management of London, Shanghai, Orlando, Dubai and Istanbul offices. Mrs. Safkan has expertise on various areas such as e-commerce, business strategy, retail, financial analysis and reporting, financial management, auditing and business development.

Nevgul Bilsel Safkan graduated from Business Administration in English at Istanbul University in 1993 and completed the Executive MBA Program at Boğaziçi University in 2003. Starting her professional career at the auditing department of Arthur Andersen at the same year, she worked in different executive roles at the leading companies of Turkey such as Superonline, Paxar Turkey and Sabanci Holding. In 2005, she joined Sabancı Group, the biggest conglomerate of Turkey, where she participated in top management roles for 11 years between 2005-2016. The first role of hers in Sabanci Group was Finance Director of Marsa Kraft Foods. After that, in 2006, she was appointed as CFO at Teknosa, the largest electronics retailer in Turkey. During her career at Teknosa, she undertook the project leadership of important company acquisitions such as Best Buy and Uzelli. She executed the leadership of successful public offering and investor relations of Teknosa. She recently worked as General Manager at Kliksa, second largest b2c e-commerce company, Mrs. Safkan joined HotelsPro as Managing Director in the third quarter of 2016.

“Having achieved significant success by participating in executive roles at Turkey's powerful companies, we are happy to have Nevgul Bilsel Safkan in MetGlobal family. We hope that HotelsPro, already being one of the leading travel wholesalers, will reach its targets faster with Mrs. Safkan’s contributions. As MetGlobal and HotelsPro family, we say welcome aboard to Mrs. Safkan,” said Metin Altun, the CEO of MetGlobal Group of Companies.

About HotelsPro:
HotelsPro (www.hotelspro.com), one of the leading players of tourism industry in global market as well as Turkey, offers attractive alternatives for the most special demands of its customers with more than 15,000 destinations and approximately 300,000 hotels in over 190 countries. With its local teams operating in over 40 countries, HotelsPro aims to extend its hotel inventory around the globe.
Contact
HotelsPro
Kubra Serter
+90-212-315-1400
www.hotelspro.com 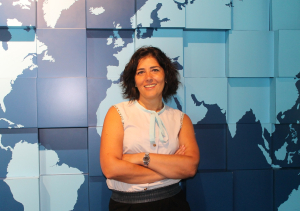 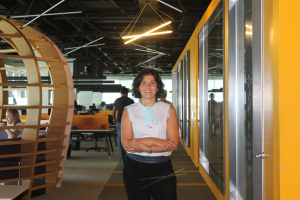