ATI Modular Signs an Agreement with Yongan China to Construct a US Designed and Equipped Modular Facilities Plant. 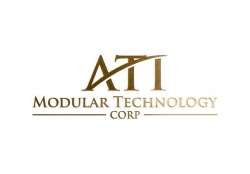 Raleigh, NC, September 15, 2016 --(PR.com)-- ATI Modular Technology Corp, a Nevada corporation (“ATI”) announced today that it has entered into an agreement with Yongan Government Funjan, Province, China to develop a modular facilities plant to produce eco-friendly, low carbon buildings for use in the public and private sectors. The plant will produce buildings based upon modular technology standards and methods used in the United States. The investment by ATI in the project is estimated to be approximately $30,000,000 USD.

ATI plans to source its technology and equipment from the United States and will use United States' based design, engineering, architectural, and modular construction methods and sources. ATI’s CEO, Alton Perkins, stated, “Working with the government in Yongan allows the Company to establish footprints in three key Provinces in China where the foundation is being laid for long-term growth and development in the modular technology sector.”

ATI is incorporated in the State of Nevada. ATI is an affiliate of AmericaTowne, Inc., a Delaware corporation (“AT”). AT is a reporting company with the United States Securities and Exchange Commission (the “SEC”). ATI is not publicly reporting with the SEC. ATI’s Chief Executive Officer, Alton Perkins, is the beneficial owner of AT, and is AT’s Chairman of the Board, Chief Executive Officer, Chief Financial Officer, President, Treasurer and Secretary. ATI has filed corporate action notification with the OTC Markets Group regarding change of the trading symbol on the OTC Pink. ATI’s business plan focuses on the Chinese government’s energy efficiency and modular movement. ATI is headquartered in Raleigh, North Carolina.