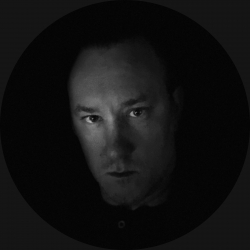 Bentley, who garners over 25,000 followers on his Instagram page, will face off against spoken word veteran Aaron Hopkins-Johnson, Phoenix slam representative Stacy Eden, and Maricopa High School student Alex Hurley, to name a few of the talented poets. Representatives from Flagstaff, Sedona, and Maricopa will also compete.

The event, which marks Bentley's second public performance, has a top prize of $400 for the first place winner, and additional cash prizes for the poets who come in second and third place. The Maricopa ARTS Council is sponsoring the poetry slam and putting up the cash prizes.

For those unfamiliar with how a poetry slam works, each poet in the first round has 3 minutes, and a 10 second grace period, to perform an original poem. From 14 competitors, only nine will advance to the second round, and perform another poem with the same time restriction. Moreover, the top 5 scoring poets from the latter will move to the last and final round to determine this year's champion.

Poetry slams have five judges, which are randomly picked from a diverse demographic in the audience before the event's start time. Judges will give a score, after each performance, on a scale from 0.0 to 10.0. The top and bottom scores are automatically disregarded, leaving three scores that are added up for that poet's official score in the round.

Alexander Bentley first began posting his poetry online in 2014, and has built up an international following with his most avid fans located across the United States, Brazil, Mexico, Turkey and India. He was one of the original poets and writers to emerge on Instagram, often posting short verses and epigrams. In the early days, he would use his 1941 Royal Arrow portable typewriter to type out his pieces on scraps of paper. The 38-year old poet would then photograph and post them on Instagram's highly visual platform.

Bentley has taken a short break from social media to focus on the upcoming championship, with his eyes firmly locked on the glory of winning first place and boosting his growing reputation.

To learn more about Alexander Bentley, visit his official website www.abentley.com or find him on all social media platforms under the username @abentleywrites.

The venue is located about 40 minutes south of Phoenix, in the city of Maricopa.