UC Santa Cruz Technology and Information Management student, Aitanna R. Parker has been selected as the 2018 ACREF / Ethel L. Payne Scholarship Awardee. The award will facilitate her travel to Nairobi, (Kenya) for the 2018 Kenya Diaspora Homecoming Convention (Dec. 19th through 21st). The scholarship honors the legacy of the "First Lady of the Black Press," Ethel L. Payne (1911 - 1991). 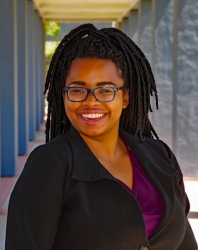 Rutherfordton, NC, December 11, 2018 --(PR.com)-- The AFRICAN CONNECTIONS Research and Education Fund, Inc. (ACREF) is pleased to announce the selection of Aitanna Rene Parker, a fourth year student at the University of California, Santa Cruz (UCSC), as the 2018 ACREF / Ethel L. Payne Scholarship Awardee. The award will facilitate Ms. Parker’s participation in the 2018 Kenya Diaspora Homecoming Convention (KDHC) being held at the Ole Sereni Hotel in Nairobi from Dec. 19th through 21st.

Parker lists her interests as including the organization of big data, data mapping and the impacts of algorithms and race. With plans to study the effects of machine learning in graduate school, she is the Northern California Zone Chair for the National Society of Black Engineers - Region 6.

Other UCSC students attending the 2018 Kenya Diaspora Homecoming Convention include, Viviana Martinez of Merrill College, Rebeca Jimenez of Kresge College and Tselot Abdissa of Oakes College. All are participants in the Focus on Africa course series at UCSC's Merrill College.

“We welcome the participation of students and educators from the United States of America,” says Dr. Shem J. Ochuodho, Chair of the Kenya Diaspora Alliance and convener of the KDHC. “The convention will offer a three-day window of opportunity to a globally and financially empowered audience. It will be an avenue to exchange knowledge, gain insights, learn from experts and stay up to date on the latest innovations, networks and investment/business opportunities globally. We look forward to building permanent linkages between UC Santa Cruz (and other U.S.-based institutions) and the leading universities of Eastern Africa.”

“We are deeply honored to play a role,” adds Pamela Glover-Cox, an ACREF Board Member. “Aitanna Parker and the other student participants are outstanding representatives of their families, their home communities, their colleges, the University of California system and the United States of America. They will be participant/observers at an international conference held in the heart of East Africa's rapidly expanding banking, technology and commercial sectors. Their willingness to travel to Kenya during the always busy holiday period represents a deep personal commitment to the building of viable constituencies for Africa and is fully demonstrative of an ongoing commitment to experiential education.”

Ethel L. Payne (1911 – 1991), the "First Lady of the Black Press" was a columnist, lecturer, and freelance journalist. Reporting on the Civil Rights Movement during the 1950s and 1960s, her work combined social advocacy with the highest standards of journalism.

An Associate Editor and Reporter for Sengstacke Newspapers (publishers of The Chicago Defender) from 1951 to 1978, Miss Payne was the organization’s Washington, DC correspondent from 1953 to 1973.

During Payne's career with The Chicago Defender, she covered several key events in the Civil Rights Movement, including the Montgomery Bus Boycott and desegregation at the University of Alabama in 1956, as well as the 1963 March on Washington.

Joining U.S. Congressman Adam Clayton Powell, Jr., noted author Richard Wright and other luminaries of the day, she attended the April 1955 Bandung Conference - a gathering of representatives from 29 independent Asian and African countries, held in the city of Bandung, Indonesia. Wright showcased some of his exchanges with Miss Payne in his 1956 book, The Color Curtain: A Report on the Bandung Conference.

Ethel Payne taught courses at Fisk University - a historically Black institution (HBCU) in Nashville, Tennessee, (USA), during the tenure of Dr. Walter J. Leonard (1929 – 2015) as president of the university.

The AFRICAN CONNECTIONS Research and Education Fund, Inc. (ACREF) was created in direct response to the numerous distortions, half-truths and omissions seen almost daily in the popular media regarding Africa, her people and the African Diaspora.

Headquartered at Harambee Farm in North Carolina’s historic Green Creek Township, ACREF’s principal mission is to illuminate, to educate and to provide a balanced viewpoint that celebrates genuine achievement and service to humanity. In telling these important stories, the organization seeks to highlight the physical, cultural, religious, intellectual, political, economic and geographic diversities of the continent and of the African Diaspora.

Stevenson College is one of ten residential colleges at the University of California, Santa Cruz (UCSC). The Stevenson College theme, “Self and Society” emphasizes the goals of both self-understanding and active participation in one‘s community.

A working model in Experiential Education, the Focus on Africa series at UCSC's Merrill College has a dual emphasis: A.) upon current affairs on the African continent, and, B.) on specific methodologies that participating students can use in building viable constituencies for Africa – on campus and in their home communities. Areas of specific focus include: Public Health, Media, Technology and Education, Energy and Transportation.

Founded in 1965, UC Santa Cruz is qualified under U.S. Federal Law (the Higher Education Opportunity Act, Title V, 2008) as a Hispanic Serving Institution (HSI). The residential college system, mirroring the “Oxbridge” system used by Oxford and Cambridge Universities in the United Kingdom, provides incoming students with a ready-made community while combining the personalized support of a smaller institution with the vast resources of a major university.
Contact
The AFRICAN CONNECTIONS Research and Education Fund, Inc.
Leslie De Bique
+1 510 710-4930
www.africanconnections.com 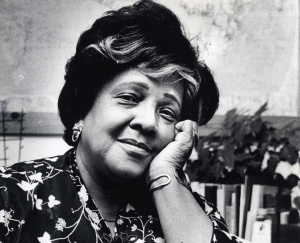 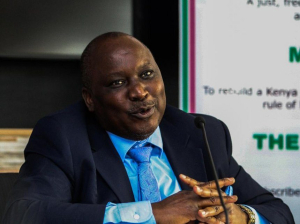