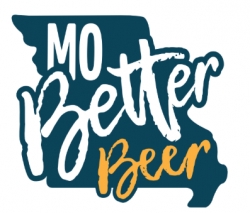 Saint Peters, MO, July 20, 2019 --(PR.com)-- Third Wheel Brewing will be tapping up MO Better IPA, an American IPA aged on Missouri Oak, on Thursday, July 25, with a portion of the proceeds going to benefit the MO Better Foundation, which assists Missouri residents by providing assistive technology.

“We primarily used Missouri-sourced ingredients in this beer, including grain and some hops,” says Head Brewer Abbey Spencer. “This beer has bready flavors with bitter pine and citrus. The oak gives the beer some tannin flavors and a dry finish. IPA fans will absolutely love it,” Spencer added.

"We cannot thank enough the owners and staff at Third Wheel Brewing for their continued support of MO Better Foundation," said Dave Welborn, the organization's Founder and Executive Director. "They have done several fundraising events for us, raising several thousand dollars. When we brought to them the concept of our MO Better Beer Project, a collaborative effort involving breweries throughout the state, they jumped at the opportunity to help and offered to kick things off by creating an awesome beer, available later this month at the brewery. Proceeds from the sales will allow us to expand our mission to help make life 'more better' for Missourians living with physical disabilities."

"To top things off, we were to actually allowed to help produce the beer," Welborn added. "The experience of brewing with a first-rate brewer like Abbey Spencer was both exciting and a bit intimidating. Several of us have brewed on home systems before, but this took things to a whole new level. We learned so much and have a much better appreciation for the hard work -- and love -- that Abbey and other Missouri Brewers put into making their beer," Welborn said. "Oh, and for those wondering, Abbey was with us every step of the way for quality control purposes. She wouldn't have it any other way," he added.

“We take a different approach to beer collaborations. Most breweries like to collaborate with another brewery. We think it’s more fun to work with another local business or charity,” explains Third Wheel founder and co-owner, Brad Wheeling. “For us it’s more rewarding, and I hope the same for our partners in these collaborations.”

MO Better Foundation strives to enhance the quality of life of Missourians living with physical disabilities by providing funds to help cover the costs of assistive technology, mobility aids, access modifications, and other aids to daily living when no other resource is available or when other existing funding is not adequate. Learn more at www.mobetter.org