“She [Taylor] called me eight months ago to work with her,” says Spivey, founder of Powerful Long Ladder Ensemble. Spivey is excited to be collaborating with a fellow Texas native. Taylor’s hit play “Crowns” ran at Karamu House during Spivey’s tenure.

"Resistance," made up of six short works, is a series of plays tackling a range of topics from LGBTQ and gun rights to voting as well as the 13th amendment's tie to modern slavery and the prison system. This project is made possible through grant support from the Minority Arts and Education Fund (MAEF), a program of the Cleveland Foundation.

“I want it to provoke conversation that’s necessary as we enter into this election year,” says Taylor, who will be in Cleveland for opening night.

When asked why she reached out to Spivey, she said, “He’s a wonderful director.” She explained that she called to share some things she was working on and he mentioned the BorderLight Festival to her. This is the premiere of “Resistance.”

There will be four shows, from July 25 to July 27 in the Chapel of Old Stone Church. For show times and ticket information visit www.borderlightcle.org/resistance/

Taylor received the Denzel Washington Endowed Chair Fordham University at Lincoln Center. An Artistic Associate of Goodman Theatre, Taylor is its most produced playwright. Signature Theater residency five playwright. Taylor in her TV role as Lily Harper in "I'll Fly Away” received a Golden Globe Award for Best Performance by an Actress, three NAACP Image Awards and two Emmy Award nominations. Her other television roles include “The Unit.” Taylor was the first African American lead in Masterpiece Theatre’s "Cora Unashamed," starred as Anita Hill in HBO’s “Strange Justice” and “A Good Day to Die” starring Sidney Poitier. She has co-starred in USA Networks’ Dig and guest starred in “Elementary” and “The Black List.” Next year, Taylor is featured in Netflix’ One Day and a Night starring Jeffrey Wright, Ashton Saunders and directed/written by Joe Robert Cole (writer: Black Panther) and guest stars on Red Line (Producer Ava DuVernay for CBS). Taylor’s film credits include “Saturday Church,” "The Negotiator," "Courage Under Fire," "Clockers," and "Lean on Me." Taylor was also the first Black woman to play Juliet in "Romeo and Juliet" on Broadway. 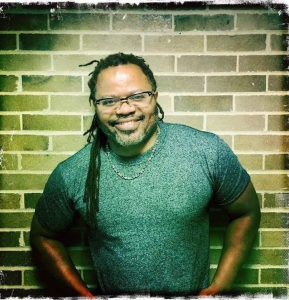 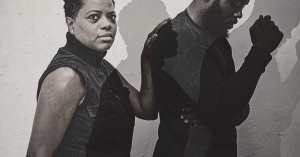 One of six short plays under "Resistance" by Golden Globe winner Regina Taylor at the Borderlight International Theatre + Fringe Festival.