Into the Summit for Mental Health and Wellness is an initiative aimed at raising awareness and funds for veterans and their families suffering for the devastating consequences of depression, PTSD and other forms of mental illness. 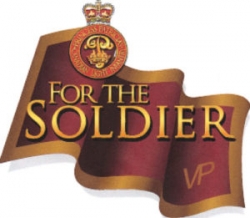 Calgary, Canada, August 29, 2019 --(PR.com)-- Princess Patricia’s Canadian Light Infantry (PPCLI) Foundation and Canmore Cave Tours are pleased to announce the Third Annual Into the Summit for Mental Health and Wellness fundraising initiative. The descent into Rat’s Nest Cave is aimed at heightening awareness and raising funds for veterans and their families suffering for the devastating consequences of depression, post-traumatic stress disorder and other forms of mental illness.

On Sunday, November 10, 2019, 32 participants will venture into the Rat’s Nest Cave – a wild, undeveloped cave under Grotto Mountain near Canmore, Alberta. At over 4km long, Rat's Nest is one of the longest caves in Canada. Exploring this cave involves climbing, crawling, sliding, wiggling and squeezing through water-worn passages past ancient cave formations and bones.

Formally recognized as one of Canada’s Historic Places in 1987, the cave was once home to a rich variety of animal species. Skeletal remains of dozens of creatures have been discovered in the cave, and the remains of over 30 mammalian species. The many paleontological resources of the cave exist alongside a diversity of insects, arachnids and worms that presently inhabit the site.

Caves are one of the last unexplored frontiers of our planet. In 2018, the deepest cave in Canada was confirmed near Fernie, British Columbia. The cave, named Bisaro Anima, honours Private Torindo Bisaro, a soldier of the Black Watch Regiment who was lost in World War II. Campaign participants will venture into Rat’s Nest Cave led by members of the Bisaro Anima Cave exploration team.

All of the 32 participants are raising funds to join this adventure. Proceeds will be used to fund non-clinical therapies for military veterans and their families. Over $125,000 was raised from the 2016 and 2017 campaigns – during which participants climbed to the summits of Mount Buller and Mount Farquhar in Kananaskis County. For further information, to register as a caver, or to donate to someone already registered, please visit:
https://www.canmorecavetours.com/into-the-summit

About The PPCLI Foundation

For more than 100 years, soldiers of the Princess Patricia Canadian Light Infantry have been serving Canadians with honour and distinction. The PPCLI Foundation was founded to ensure that legacy of our proud military history lives on in future generations. The Foundation serves the needs of the families of our fallen soldiers and veterans and their families, especially those who have suffered as a result of their service to Canada and Canadians.

Canmore Cave Tours offers year-round, rain or shine, caving experiences in Rat's Nest Cave – a wild, undeveloped cave under Grotto Mountain. Located near Banff and Canmore in the beautiful Canadian Rockies the cave is one of the longest caves in Canada. The company’s tours of the Rat’s Nest Cave include a mix of adventure, education, physical and psychological challenge, and just pure fun.
Contact
PPCLI Foundation
Alex Gault
403-966-4715
www.ppclifoundation.ca