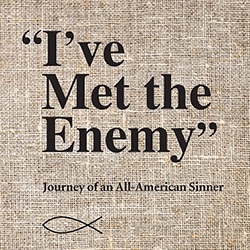 Bangor, ME, November 07, 2019 --(PR.com)-- One year ago, on Veteran’s Day, Nov. 11, 2018, Rev. Stan Moody, then pastor at Columbia Street Baptist Church (CSBC) in Bangor, ME, stepped into the pulpit wearing a hoodie with the Jewish Star of David. One year later, his book, “I’ve Met the Enemy: Journey of an All-American Sinner” fires a shot across the bow of American Evangelicalism.

“I wore the Star of David in reaction to the massacre at the Tree of Life Synagogue in Pittsburgh and to make two statements,” he says. “The first is to affirm deep Christian roots planted in historic Israel. The second is to condemn the nationalism practiced and preached by all too many evangelical Christians in America. I cannot remain silent while prominent evangelical leaders are manipulating the political system in opposition to the Gospel, which calls us to love our neighbor, especially when that neighbor holds to opposing religious and political beliefs.”

Moody, now Pastor Emeritus at CSBC, has a long history of fighting against what he refers to as “cheap grace.” After serving two-terms in the Maine State House of Representatives, one in each party, in 2006 he published, McChurched: 300 Million Served and Still Hungry, predicting the takeover of the Republican Party by an evangelical electorate that had given up on God and become intent on returning America to its so-called Judeo-Christian roots by force of law. “We who claim citizenship in the Kingdom of God through an act of unconditional love have become divided racially, economically, doctrinally, denominationally, and spiritually.”

Moody has written and lectured extensively on what he refers to as Israeli apartheid in the region of Palestine, encouraged by US foreign policy. More recently, after a brief stint as a chaplain at Maine State Prison cut short by becoming a key witness to a death in solitary, he has been active in pushing for prison reentry services. With the support of CSBC, in 2014 he founded the Columbia Street Project (CSP), a resource center for people returning from jail and prison. CSP’s most recent project has been R4R – “Ready-for-Reentry,” training a statewide corp. of volunteers as mentors to help navigate released prisoners back into society. R4R was funded by a grant from the American Baptist Home Mission Societies in Valley Forge, PA.

“I call on the faith community to dare trust the God in whom it professes to believe. That demands of us that we crawl out of our comfort zones and into the business of sacrificial service to the marginalized among us.” Moody is open in the book about his own weak faith and too much trust in the American Dream of prosperity and success. Here is an excerpt:

It is not the evangelical movement that will preserve gospel truth in America. It is the prayers and lifestyles of broken, humbled, no-account followers of Jesus who hold in their hearts the destiny of the Kingdom of God over all national boundaries. What goes on in America that is held up with the pride of rightness is by the permissive will of God and nothing else. Those who in their feeble humanity would take credit for its success or blame others for its failure - such as is the dominant focus of the two major political parties - are fools at best, and we are fools to place our hope in them. 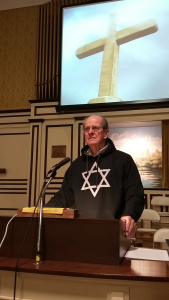