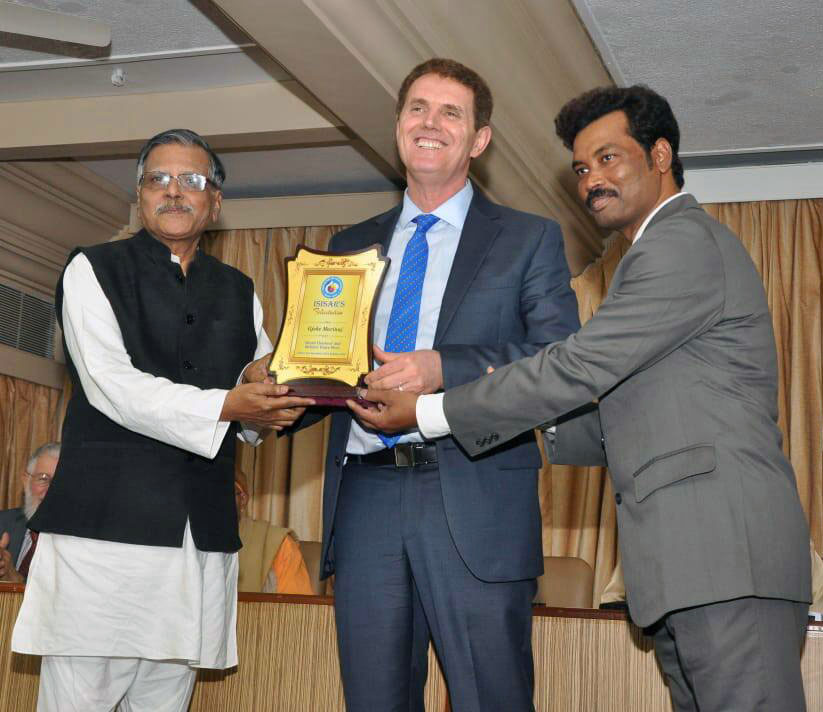 The Dec. 27-31 conference, dedicated to the birth sesquicentennial of renowned Indian social reformer Mahatma Gandhi, centered on the theme of planetary crisis and human liberation. Dr. Marinaj, who traveled to Kolkata for the occasion, participated as a speaker and a chairperson as writers convened during the event.

At the ISISAR Peace Meet, Marinaj's award was announced by the writer Suditjo Chatterjee and presented by the poet Biplab Majee, along with Sangram Mitra, the secretary-general of the India-based International Council of Human and Fundamental Rights.

Born in Albania, Dr. Marinaj holds the title of Nation's Ambassador for his native country. Thirty years ago, he became a forced refugee over his literary role in the dissidence that would end Albania's totalitarian era. He went on to earn a doctoral degree from the University of Texas at Dallas. Currently serving as the director of world literature publisher Mundus Artium Press, in addition to teaching on the faculty of Dallas-area Richland College, he frequently crosses borders to support human understanding. In Asia, the Middle East, Europe and the Americas, ongoing cultural diplomacy and collaborations have engaged him as a proponent of literature's altruistic potential. His work draws on an original philosophy, Protonism, a form of literary criticism that aims to promote peace and positive thinking.

Deeply moved by India's culture and the spirit of the conference, Marinaj spoke of the ISISAR Peace Meet as having an effectively sacred character.

Marinaj emphasizes precious time with India's populace as key to the significance he found in the Peace Meet. As a conference dignitary and humanitarian, he visited the Gandhi Seva Sangha charitable organization, where he spoke with patients, in their rooms, about poetry as potential source of relief and spiritual connection. He toured and spoke at Ambica Jute Mill, where workers' union leader Biswajit Mandal introduced him to the large company's management and employees, including night-shift workers, for a discussion of poetry's importance for healing and pleasure.

"My true recognition has to come from the people," the writer said, "and so does my inspiration. That's why I wanted to meet with the real people. A public poet is inseparable from the public."

Hosts also gave Dr. Marinaj opportunities for contact with Indian artistic and religious communities. Accompanied by the poets Rita De, Mousumi Ghosh, Sabita Chakrabarti and Ramesh Chandra Mukhopadhyaya, the writer visited West Bengal's Saraswati Goddess of Knowledge Temple, as well as a village, Amta, where he met with local artists and enjoyed gracious receptions in several homes. Indian artisans who touchingly extended hospitality to Marinaj included the designer and potter Chayya Paul, as well as Subir Kundu, a deaf-mute crafter of traditional jari hand embroidery. He met with Sri Gopal Paul, a specialist in preparing devotional images, at a temple consecrated to the Hindu deity Shiva. His hosts also took him to Belur Math, a major West Bengal temple and monastery. 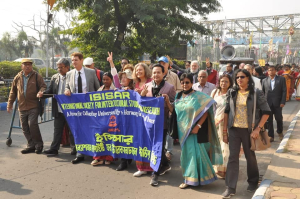